Two companies from Heilongjiang province will supply 12 thousand tons of frozen pork to meat processing plants in Yakutia. This was reported by the Interfax agency with reference to the chairman of the Association of Applied Economics of Heilongjiang Province Zhang Chunjiao.

“The contracts were concluded following the visit of the Yakut delegation to the city of Hegang with the Shangpinhe meat company and the Alinda cattle breeding and poultry company. After the Russian veterinarians have confirmed the quality of the meat on site in the city of Hegang, the contract will be officially fulfilled, ”the agency reports.

In October, the trade representative of Russia in the PRC informed that, in accordance with a recent decision based on the results of the examination, two Chinese enterprises from Heilongjiang Province, which have high-tech production, are allowed to export pork to Russia. Another, at least, eight Chinese companies have applied for the supply of pork to our country. He also noted that we should expect a significant increase in mutual deliveries of agricultural products between China and the Russian Federation. 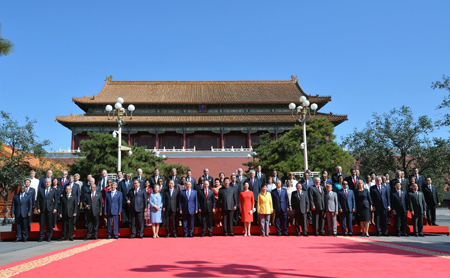