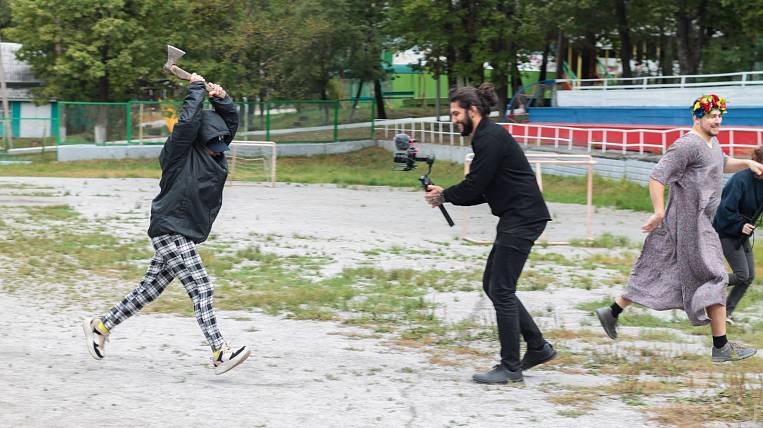 Film screenings and master classes will be held as part of the Far East festival of amateur fiction films "Point of Return" in Khabarovsk. Participants and spectators will have two days of screenings at the Sovkino cinema.

As the organizers of the festival told IAA EastRussia, free tickets for both festival days can be obtained at the box office of the cinema. On Saturday at noon, the Yubileiny Hall, as part of the first Semicolon program, will show films made either by teenagers with the help of adults, or by adults about children and for them. At 15 o'clock, the main program will begin there, which includes seven films from Khabarovsk, Vladivostok and Blagoveshchensk. Screenings are accompanied by expert analysis. The holding of the sixth film forum of cinema lovers this year became possible thanks to the financial support of the main department of internal policy of the government of the Khabarovsk Territory.

A master class "Cinema on a Stick" from the Moscow director Mikhail Shulaev, a member of the jury of "Point of Return", is scheduled for 18 pm in the "Grand Illusion" hall. The grand opening of the festival will begin at 19:XNUMX.

After the opening, the program "Briefly" will show five films shot in the "Kinolager". This year it was supported by a grant from the Khabarovsk administration. For two days, aspiring filmmakers participating in the creative workshop filmed short feature films.

At 20:30, a retrospective of the works of the Tochka participants from 2015-2020 will be presented to the audience.

On Sunday there will be a special screening of the film by Mikhail Shulaev "IMHO" and a meeting with the director (beginning at 18:XNUMX). After that, the award ceremony and demonstration of the winning films will begin.