FEFU Choreographic School will be transferred to the Primorsky Territory 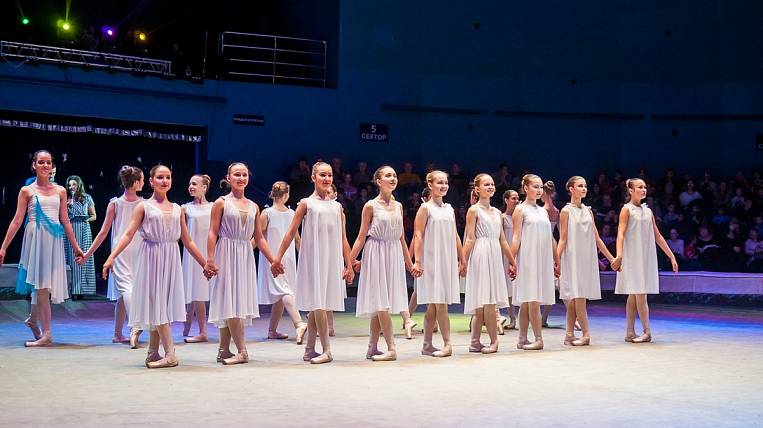 FEFU choreographic school, which is located in Vladivostok, will be transferred to the Department of the Ministry of Education of the Primorsky Territory. The corresponding decision was made during a workshop held by the Governor of Primorye Oleg Kozhemyako with representatives of the university’s leadership on July 13.

Currently, the issue of transferring the school to the regional administration, according to EastRussia, is being worked out by the regional ministry of education.

As noted by Oleg Kozhemyako, the government receives letters from parents of pupils of the FEFU Choreographic School, who report that they are denied admission to the university in the first and fifth grades. Therefore, the authorities decided to take the institution under their care.

Now there are issues related to the reconstruction of the school, the creation of specialized classes for conducting chemistry, physics, biology and computer science lessons. It is required to equip the premises in order to provide a complete educational process.

“Over time, we can do it. I think that the situation that worried the parents will be resolved, ”said Oleg Kozhemyako.

According to Elena Kharisova, Vice-Rector for Promising Projects and New Infrastructure of FEFU, 122 children are now studying at the school. Talented children regularly participate in various contests and competitions, win awards and prizes, which confirms the high level of training.

Previously, children studied subjects in the natural sciences in other structural units of the university, for example, at the Humanitarian and Economic College of the Far Eastern Federal University. The area of ​​the school allows you to equip specialized classes on its territory.

The school has a room suitable for the educational process, where a small repair is required. The building itself, as well as the land under it, are owned by the region. The university operates on the basis of an agreement on gratuitous use. Elena Kharisova said that FEFU is ready to transfer the building back to the edge. Oleg Kozhemyako believes that issues need to be addressed immediately for both buildings.

“With two hands for transferring the school to the regional government,” says Yefim Zvenyatsky, artistic director of the Gorky Primorsky Drama Theater. - Ballet is a rare profession. About 30 years ago, the wonderful Victor Vasyutin founded this school. The followers also touchingly, humanly preserved the art and traditions of this institution. Charming, strong teachers. Almost every year, our theater provided its stage for students of the school for annual reports. Communication with this institution is serious. In the past, there were no problems at the school; both history and literature were taught there. That is, the guys studied in parallel in an ordinary comprehensive school. Preserving this is an honor and praise, especially since it is probably associated with high budget costs. Governor Oleg Kozhemyako is very seriously engaged in culture, as we could see again. ”

FEFU Choreographic School is a unique specialized educational institution that has no analogues in the Far Eastern Federal District. The institution uses an integrated form of training. General subjects are combined with disciplines of additional choreographic education: together with mathematics, the Russian language, children are given lessons in classical, historical, everyday, folk-characteristic dances and playing the piano. The creative teams of the school are regular participants and laureates of Russian and international competitions and festivals.