Primorsky Krai 06:12 The number of patients with coronavirus exceeded 5,3 thousand in Primorye
Amur Region 06:00 Storm warning announced in the Amur region
The Republic of Sakha (Yakutia) 05:41 The number of cases of COVID-19 exceeded 5 thousand in Yakutia
Sakhalin Region 05:31 Nearly 30 dangerous bears were shot in the Sakhalin region
05:13 Accounts Chamber: there will be more deceived equity holders in Russia 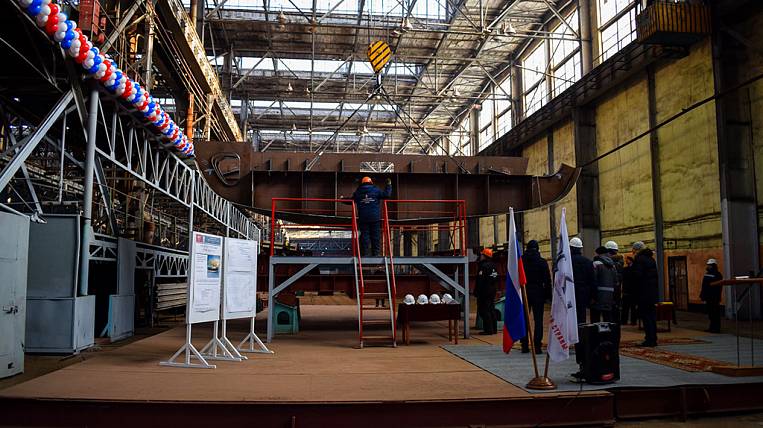 Photo: aohsz.com
Khabarovsk shipyard should build seven crab fishermen. The application was received by the enterprise from fishers who became winners of crab auctions. In the future, companies intend to order a series of small tonnage vessels for coastal fishing.

According to the press service of the government of the Khabarovsk Territory, now the application for the construction of crab fishers is undergoing approval in the United Construction Corporation. The main competitor of the region is neighboring Primorye, where they plan to place ten orders. Of these, seven - at the Eastern shipyard and two-three - at the Nakhodka Shipyard.

Compared with its neighbor, the Khabarovsk Territory has a significant advantage - the availability of its own organizations for the preparation of working documentation and design. This was noted by members of the delegation of the Federation Council of the Russian Federation who arrived in the region to assess the potentials of shipyards in Khabarovsk and Komsomolsk-on-Amur.

Earlier it was reported that the Amur Shipyard can get five orders for crab fishermen. In June of this year, the issue of additional capitalization of the enterprise was finally resolved; will be directed this year already.