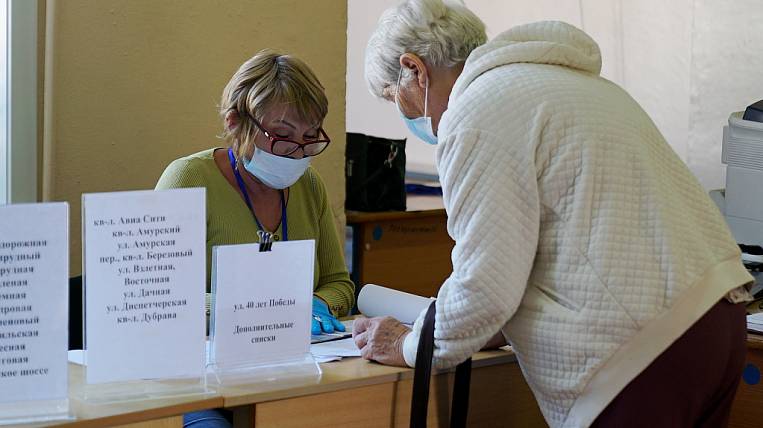 In the Khabarovsk Territory, the Communist Party bypassed United Russia in the elections to the State Duma. According to preliminary data, the gap was only about 2%.

According to the chairman of the regional election commission Denis Kuzmenko, such data were obtained after processing 99% of the protocols. The Communist Party of the Russian Federation won 26,51% of the vote, and the United Russia - 24,5%. The Liberal Democratic Party won 16,19% in the Khabarovsk Territory in the elections to the State Duma.

Among single-mandate candidates in the 69th constituency, the majority of the candidate from United Russia Boris Gladkikh - 25,58%, Petr Pereverzentsev from the Communist Party of the Russian Federation won 20,79%, and the representative of the Liberal Democratic Party Alexander Fedchishin - 9,11%. The voter turnout was 44,27%.

Nine candidates were nominated in the 70th constituency. The majority also turned out to be at the United Russia party Pavel Simigin - 18,14%. The candidate for the "Communists of Russia" Larisa Zvinyatskaya received 16,14% of the vote. Ivan Pilyaev from the Liberal Democratic Party - 15,22%. The turnout is 42,46%.

Communists from the Communist Party bypassed United Russia in the elections to the State Duma also in Yakutia... The losing representatives from United Russia and Fair Russia filed complaints and plan to challenge the election results.