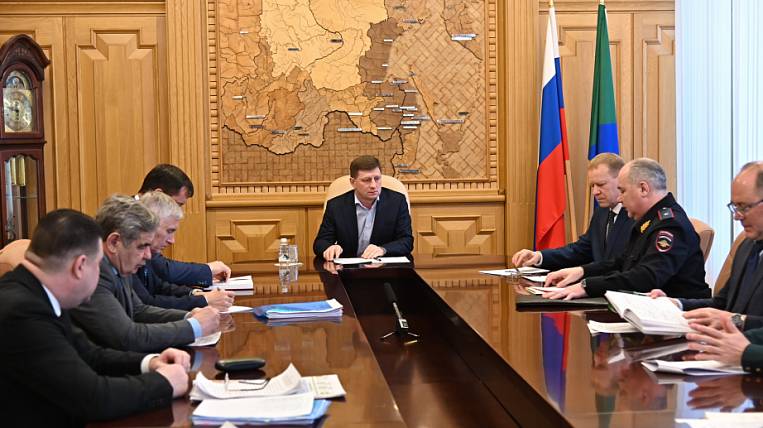 In the Khabarovsk Territory, measures to protect against coronavirus are being strengthened. Long-distance routes are equipped with quarantine posts and will carefully check all food products imported from China. It is known that the source of infection in a neighboring state could be animal meat.

The regional government decided to create an operational headquarters that will monitor the situation with the spread of infection and take measures. It included representatives of relevant ministries, employees of Rospotrebnadzor, the Federal Service for Veterinary Medicine, the Border Administration of the Federal Security Service of the Russian Federation, the Territory and the EAO.

According to the press service of the governor of the region, the authorities intend to extend the break in the work of the border checkpoint Pokrovka, which is on vacation due to the Chinese New Year. The Migration Service was instructed to monitor workers from China who, after the holidays, would return to work in Khabarovsk Territory.

Fear is caused by a large flow of tourists traveling to China. 80 Khabarovsk residents are now located on Hainan Island. In the company "Rus-Tour" made a decision about the evacuation of all vacationers. A separate plane will fly behind them.

At the Khabarovsk airport, there is a double control over arrivals. First, they perform thermometry in the cabin, and then doctors examine passengers in the inspection room.

Previously, the appearance of the virus was reported in the neighboring northern province of Khabarovsk Territory Heilujiang. And Chinese epidemiologists called a possible source of coronavirus. They examined the seafood market in Hubei Province and found that there was a mixed trade, including wildlife. Samples taken at the shopping arcade confirmed the presence of the virus in 33 cases.