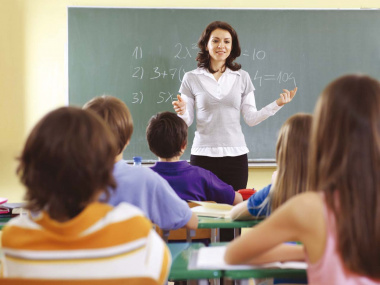 The governor of Chukotka Roman Kopin took part in a meeting of the State Council on agricultural policy. During its holding, a personnel issue was raised - one of the main for the development of rural territories. In the northern region, they are waiting for 2020 and the launch of the Zemsky Teacher program, which will help attract pedagogical staff.

Lifting in the amount of one million rubles will be paid to teachers who agreed to live and work in the settlements where less than 50 thousand people live. Chukotka is already participating in a similar project to attract doctors "Zemsky Doctor." In addition, seven more programs are being implemented on the territory of the okrug within the framework of the national project “Healthcare,” one of the main ones being the development of air ambulance.

The region relies not only on federal funds, but also independently is engaged in improving the quality of primary health care. So, in 2019, the construction of the Markov local hospital was completed, new medical equipment was brought to the Chaun regional hospital, and the X-ray equipment was updated in the Bilibino hospital.

The development of rural areas will push agricultural production. In Chukotka, it was possible to maintain a livestock of domestic deer, now it is 130 thousand heads. The fisheries industry is developing, processing industries have updated technological equipment by more than 80% and provide consumer demand of 4,5 thousand tons of food products.