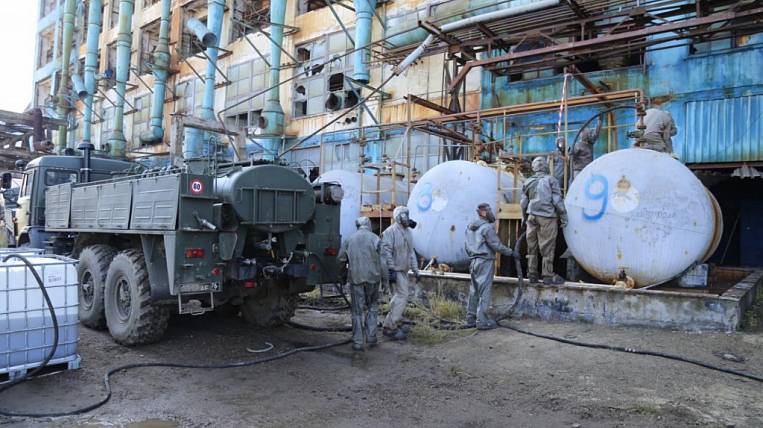 The Russian government will add over 113 million rubles to address environmental problems in Usolye-Sibirskoye, Irkutsk Region. Funds are needed to continue work on the disposal of chemical waste at the Usoliekhimprom enterprise.

This was announced by the head of the Russian Cabinet of Ministers Mikhail Mishustin at a meeting with the deputy prime ministers. According to Mishustin, the most dangerous facilities on the territory have already been eliminated. Now it is necessary to ensure the safety of residents and specialists who are involved in the elimination of chemical pollution.

The allocated funds will be used to conduct environmental research and medical examinations of specialists working on liquidation. Also in Usolye-Sibirskoye it is planned to build a new water supply system and treatment facilities.

Last week, Vladimir Putin at a meeting on the elimination of environmental damage in Usolye-Sibirskoye said that the city managed to prevent environmental disaster... The enterprise was able to prevent the spread of the toxic stain and the ingress of chemicals into the water.

In early October, the Cabinet of Ministers of the Russian Federation approved action plan for solving environmental problems in Usolye-Sibirskoye... It included measures to eliminate environmental damage from the activities of the Usoliekhimprom plant and measures to protect the population from possible exposure to harmful substances during the elimination of damage.

Earlier, the Russian government allocated 430 million rubles for solving environmental problems Usolye-Sibirskiy. The single contractor was the Rosatom enterprise - the Federal Environmental Operator. He conducts work together with the Ministry of Defense.

In August, the company began liquidate the shop of mercury electrolysis... In September experts completed the first stage works. After rehabilitation of the affected area in Usolye-Sibirskoye a modern ecotechnopark will appear... The accumulated substances will be processed there using the technology of physical and chemical processing and demercurization.