Senator Greshnyakova came out to the protesters in Khabarovsk 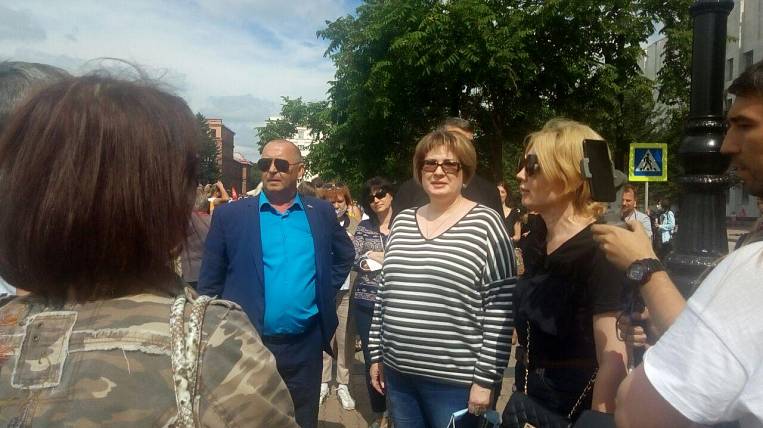 Another mass rally in support of the arrested ex-governor Sergei Furgal was held in Khabarovsk. The protesters have traditionally marched through the city center. 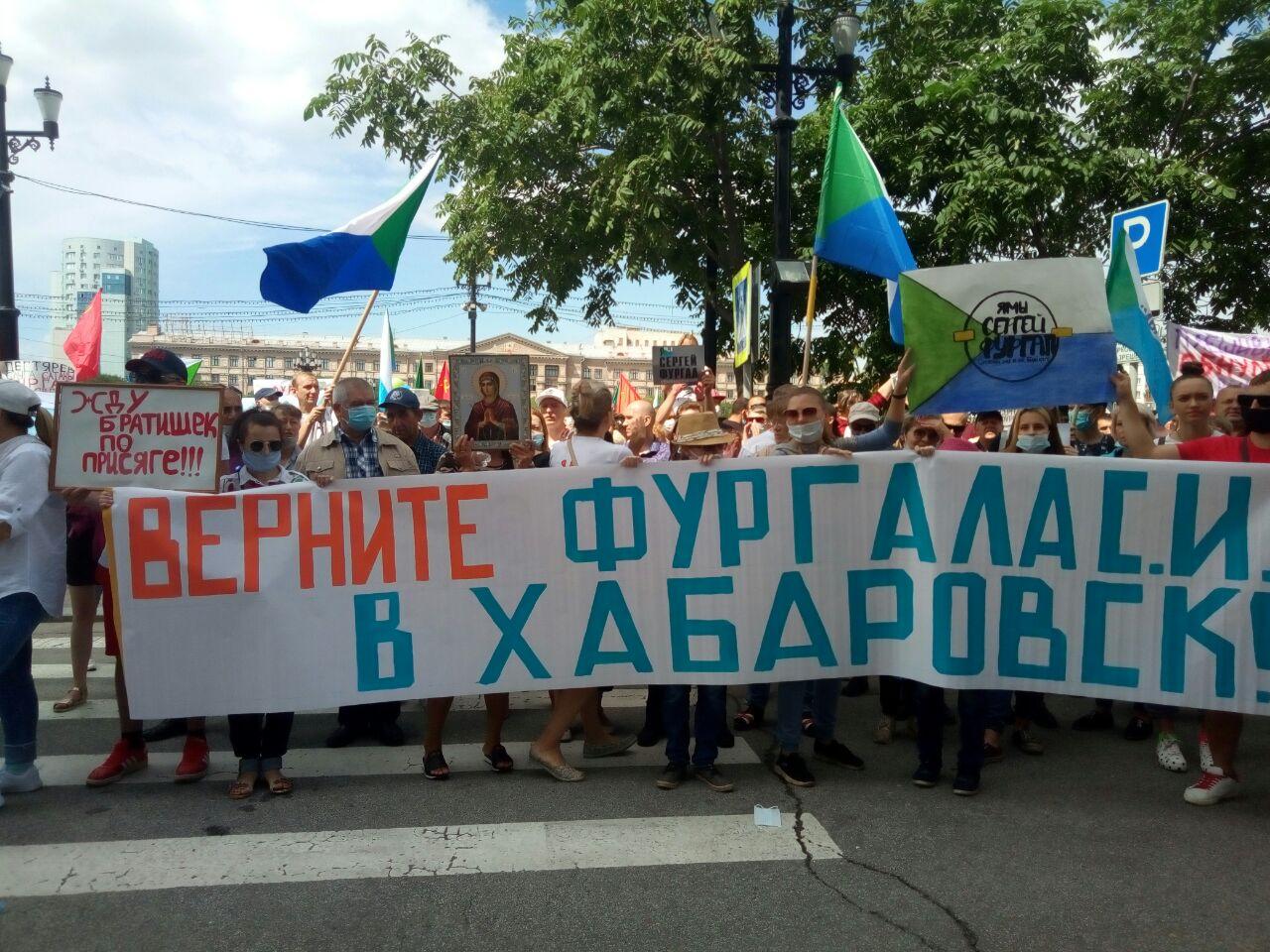 After the march to Lenin Square, Senator Elena Greshnyakova came out to the protesters, she thanked the participants of the rallies for their support and noted that Sergei Furgal knew about the support actions. According to her, she managed to communicate with Furgal in court. The senator noted that he needs a team of lawyers and a clear defense position.

In the column of protesters for almost a month of protests, there were different slogans: from "Freedom Furgalu" residents smoothly moved to the federal agenda. Now the protesters are dissatisfied with the former local authorities: the slogans “They are waiting for you in Lefortovo” with portraits of ex-governor Vyacheslav Shport and the former mayor of Khabarovsk Alexander Sokolov appear on the posters. 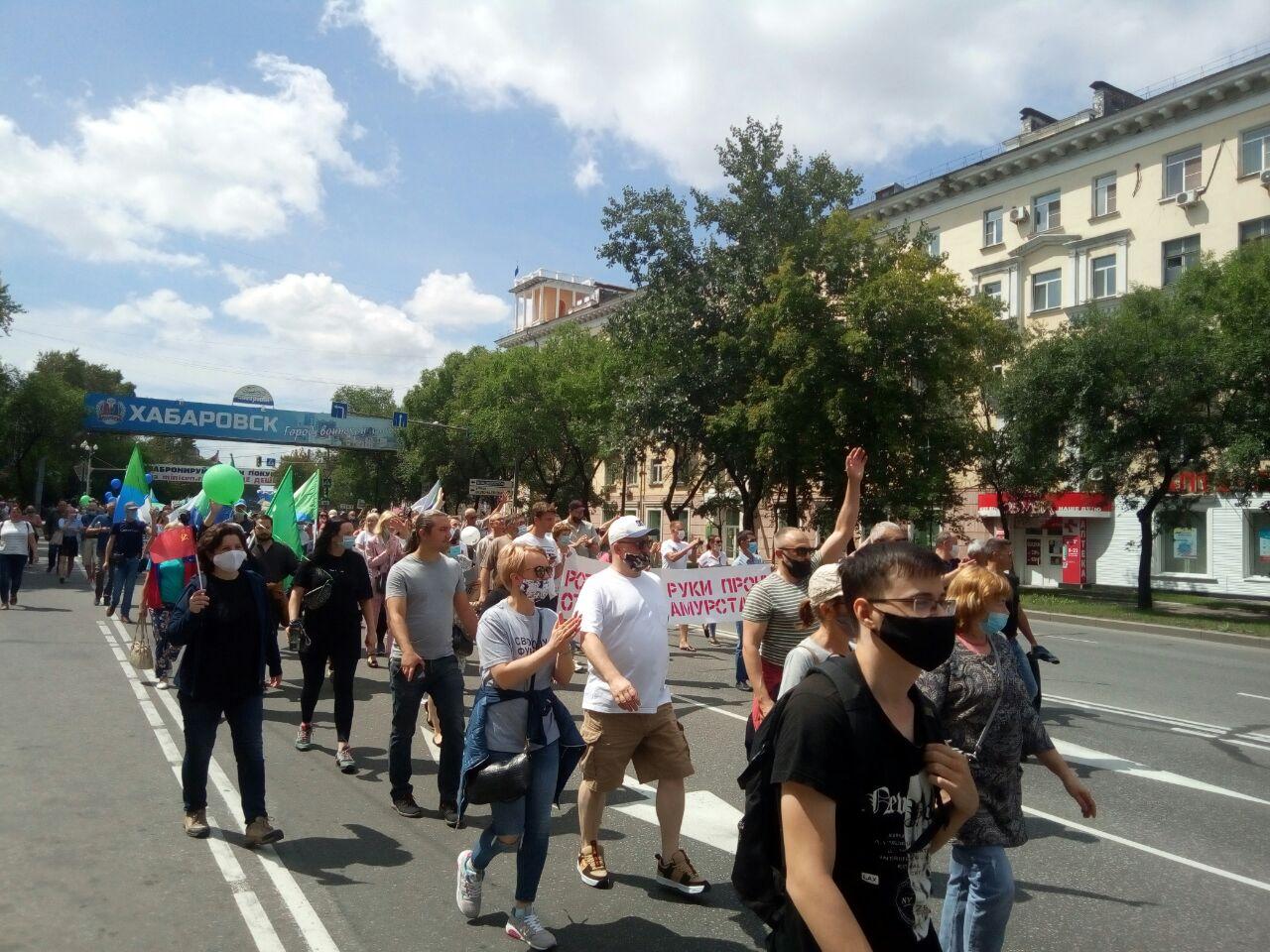 According to rough estimates, about 20 thousand people passed through the convoy - about as many as usually go out for Saturday actions, which have already become traditional in the regional capital. The press service of the regional government says that the number of participants in unauthorized actions has been declining for the fifth Saturday in a row; today, according to the authorities, only about 2 people have gathered on Lenin Square. 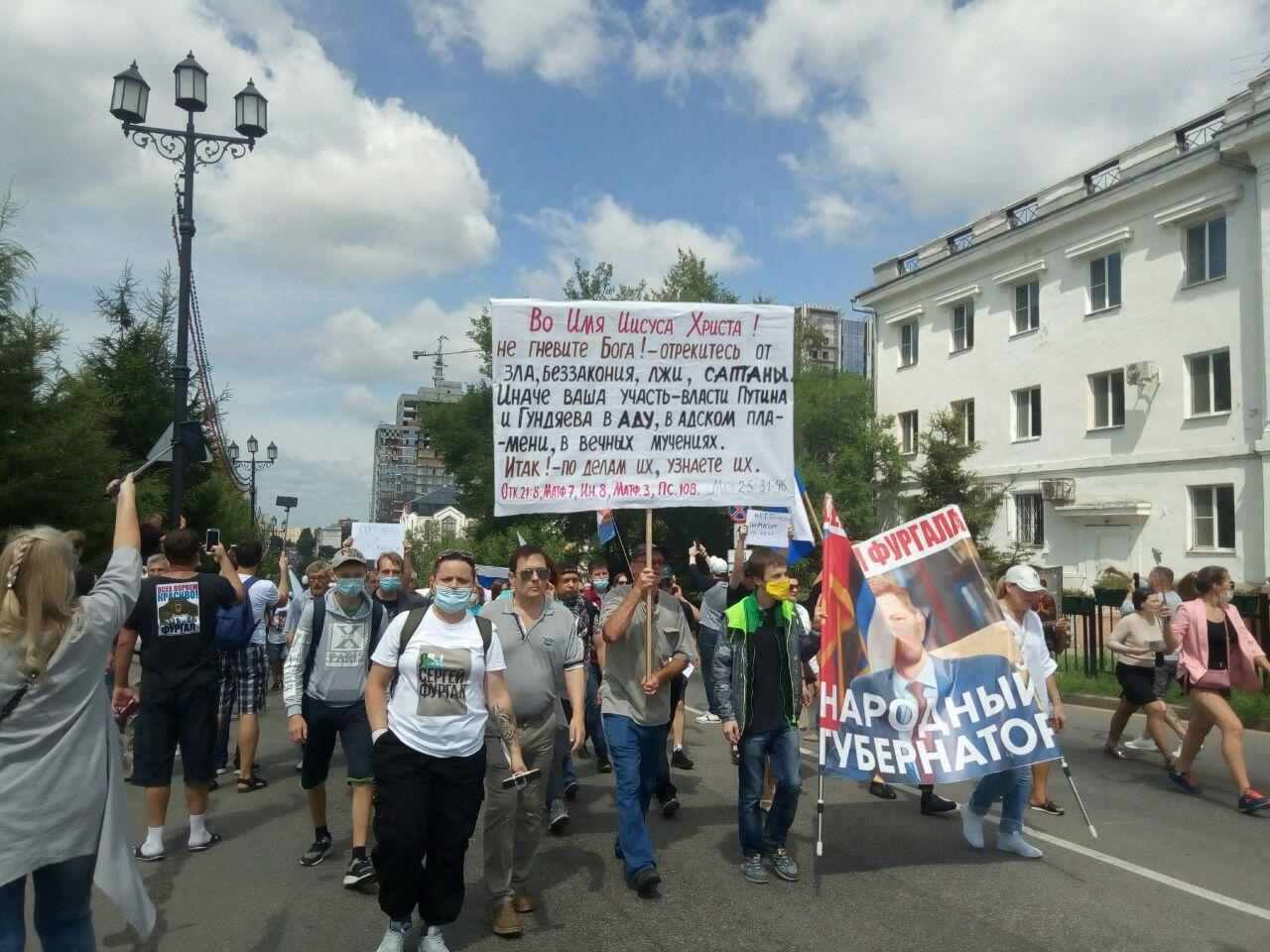 This week, Acting Governor of the Khabarovsk Territory Mikhail Degtyarev said that residents of Khabarovsk are turning to him with requests stop rallies... According to him, there are many citizens dissatisfied with the actions in the city.