News 16 2021 June
17:56 Агентство Fitch повысило рейтинг АЛРОСА до BBB
17:12 Catering will be exempt from paying taxes
16:33 Access to pornography in the Russian Federation was offered to be provided through state services


Khabarovsk Krai 16:03 Amur shipyard has orders until 2027
The Republic of Buryatia 15:36 Demand for COVID-19 vaccination has risen sharply in Buryatia
14:40 Worldwide car sales increased by a third
14:05 Companies will compensate for environmental damage from net profit
Amur Region 13:33 Mass sports events canceled due to COVID in the Amur region


13:04 They want to create a unified system for surveillance cameras in Russia
11:58 Over 4 years in Russia, the number of new companies has exceeded the number of closed ones
Trans-Baikal Territory 11:19 International conference on demography of the Far Eastern Federal District will be held in Chita
10:54 The maximum growth of infected with COVID in the Russian Federation is predicted at the end of June
Primorsky Krai 09:59 Governor of Primorye vaccinated against coronavirus


Primorsky Krai 09:56 Cashback will return to Primorye with profit
Kamchatka 09:30 About 3,6 thousand eggs destroyed in Kamchatka
Khabarovsk Krai 09:00 Sukhoi will develop an export aircraft together with the Ministry of Defense
The Republic of Sakha (Yakutia) 08:30 Searches are taking place in the municipal companies of Yakutsk
The Republic of Sakha (Yakutia) 08:05 Most of all will be allocated to fight fires in Yakutia


Irkutsk Region 07:35 Concerts will be canceled in the Irkutsk region due to coronavirus
Amur Region 07:10 The rise in the water level caused a cyclone in the Amur region
More news
Media News2 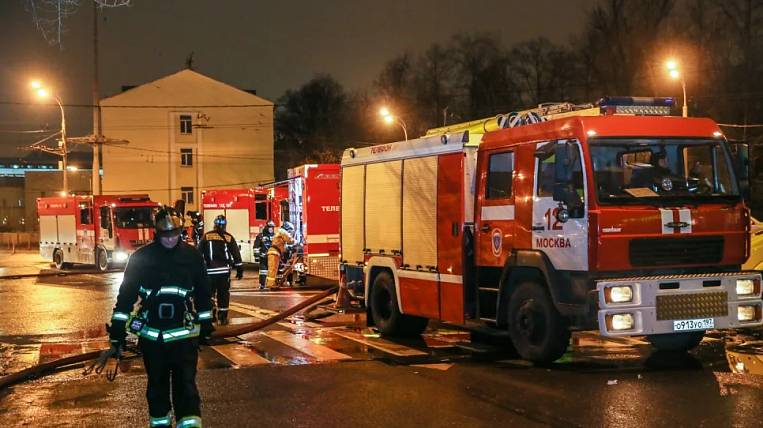 Photo: press service of the Main Directorate of the Ministry of Emergency Situations of the Russian Federation for the Sakhalin Region

The fire broke out in the dormitory of the Polytechnic College of Sakhalin State University (SakhSU) in Yuzhno-Sakhalinsk. Rescuers took 30 people out of the smoky premises.

As EastRussia was informed in the press service of the Ministry of Emergency Situations of the Sakhalin Region, the fire occurred on Thursday morning. When the first unit arrived at the scene, smoke was coming from a window on the fourth floor. It spread quickly and rescuers evacuated students and staff. According to preliminary information, the fire occurred due to a short circuit, its area was approximately two square meters. Nobody was hurt as a result of the fire.

Previously, Sakhalin State University has already got into alarming reports because of the death of two students from an electric shock. Their March 26 found dead  in dorm. According to other trainees, the water and the hose from the water heater had been electrocuted for a long time. Two criminal cases were initiated into the death of young people - one against the head of SakhSU about causing death by negligence, and the second - for the provision of services that do not meet safety requirements life of consumers, resulting in the death of two or more persons.

Additional forces arrived to put out fires in Yakutia