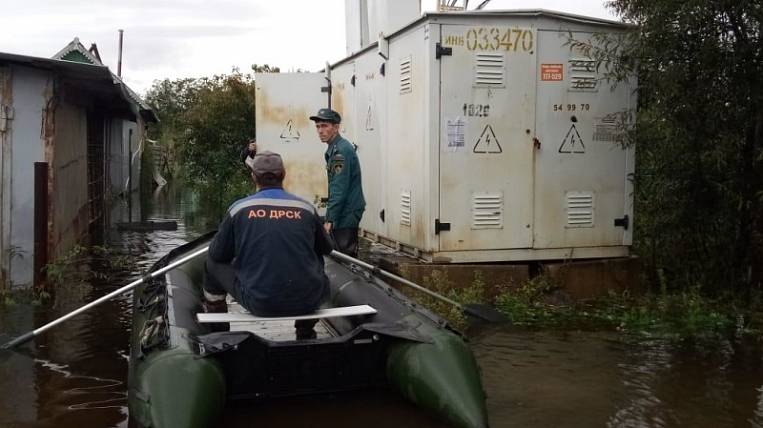 Because of the flood, 27 settlements of the Khabarovsk Territory were flooded. In six municipalities, 25 residential buildings, about two thousand household plots were flooded, 35 sections of roads were washed out and flooded.

According to the press service of the Ministry of Emergency Situations in the Khabarovsk Territory, the water level of the Amur near Khabarovsk has added 21 cm per day and is 615 cm, in Komsomolsk on the Amur - 539 cm. The level of 650 cm is considered dangerous.

In Khabarovsk itself, in the flood zone, there are 46 household plots and two sections of internal roads along the river bank. On the island territories of Bolshoy Ussuriisky, Kabelny and Dachny, there are more than 1,5 thousand summer cottages under the influence of flood waters. The Ministry of Emergencies continues to patrol the islands by floating means.

Specialists expect the flood to pass completely in the next three days. In different parts of Khabarovsk are round-the-clock work flood protection. From September 8 in Khabarovsk introduced emergency mode due to the passage of the flood on the Amur. Heavy rainfall raised the water level in other rivers of the city.