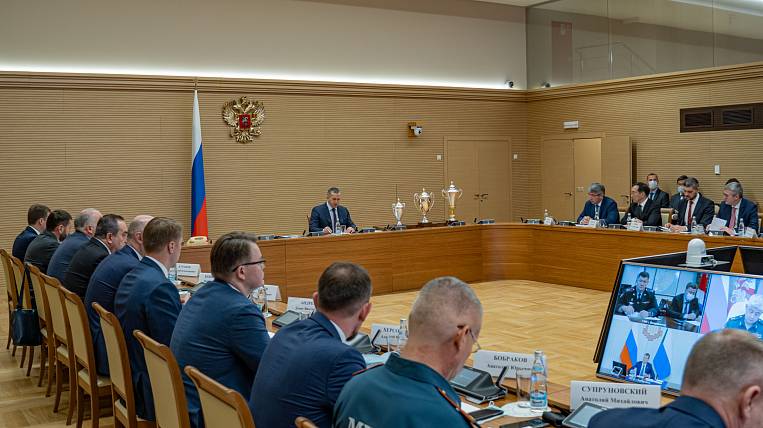 As noted by Yuri Trutnev, the main emphasis in the work of all levels and authorities in the Far East must be made in a number of areas - this is the creation of a construction cluster in the macroregion, stimulation of geological exploration and timber processing, as well as infrastructure support for the oil and gas processing industries.

The Minister for the Development of the Far East and the Arctic, Alexei Chekunkov, emphasized that the implementation of all the tasks set will lead to the strengthening of priority sectors of the economy, improved transport accessibility and increased investment attractiveness of the Far East, which will ultimately improve the quality of life in the region.

Specific examples include the agreement between PJSC Gazprom and the Sakhalin Oblast government on the construction of a plant on the island for the production of aviation kerosene, gasoline, diesel and gas engine fuel. A zone with special preferential regimes will appear on the Kuriles, and the threshold for entering the residents of the Free Port of Vladivostok will be reduced to half a million rubles. This will "open the door" for small and medium-sized businesses to obtain this status.

The implementation of the agreements signed during the EEF-2021 on the creation of infrastructure projects using the "Far Eastern Concession" has begun. The first city where the new mechanism will operate will be Magadan. It is planned to build five new healthcare facilities here - one city, one district and one children's polyclinic, as well as an infectious diseases hospital and a surgical building. Investment in construction is estimated at 11 billion rubles. VTB Infrastructure Holding and DOM.RF are planning to invest in it.

The regions of the Far Eastern Federal District will receive a total of 2024 billion rubles by 57 as part of the "Single Subsidy" for the modernization of social infrastructure. The Intergovernmental Russian-Chinese Commission on Cooperation in the Far East and Baikal Region of Russia and Northeast China will consider an increase in the export of feed products and the development of the agro-industrial complex in the Far Eastern Federal District.

One of the positive changes initiated at EEF-2021 was the revision of the price differentiation coefficient in the healthcare sector for Kamchatka and a number of Far Eastern regions. This decision will allow the territories to receive additional funding for the health sector in 2022 and beyond.

In the conclusion of the Council of the Far Eastern Federal District, Yuri Trutnev instructed the Ministry for the Development of the Russian Far East and the heads of regions to begin preparations for the VII EEF, including participation in the exhibition "Street of the Far East" -2022.

Ministry for the Development of the Russian Far East: Korea is interested in the Far Eastern Federal District as a supplier of hydrogen