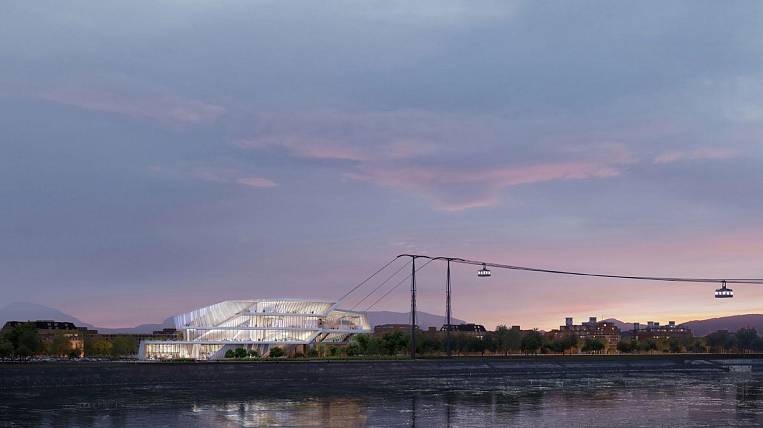 The Region Group of Companies will double its investments in the project of a cross-border cable car from Blagoveshchensk to Heihe, China. 4,6 billion rubles will be allocated for the project.

According to the representative of the investor in the region - the executive director of ZED-Development Vladimir Konovalov, the main differences from the initial project will concern the cable car terminal. It was developed by a special order by an architectural bureau from the Netherlands.

It is planned that the main building will be four-storey, and the area will be 26 thousand square meters. meters, not 21,5 thousand square meters. meters as previously planned. Changes were made to the main elements of the cable car: the throughput capacity, according to the requirements of the regulatory and supervisory authorities, will be reduced to 457 people per hour. At the same time, one gondola will be able to take 110 people at a time.

The agreement on the construction of the cableway, the authorities of the Amur region and Heihe signed in 2015 year... The work did not start until he joined the project new russian investor. In July this year in Blagoveshchensk poured the first concrete block at the base of the international cable car terminal. The facility is planned to be commissioned in late 2021 - mid 2022.

September 2020 became the rainiest in Blagoveshchensk in 28 years

Blagoveshchensk airport will be doubled during reconstruction