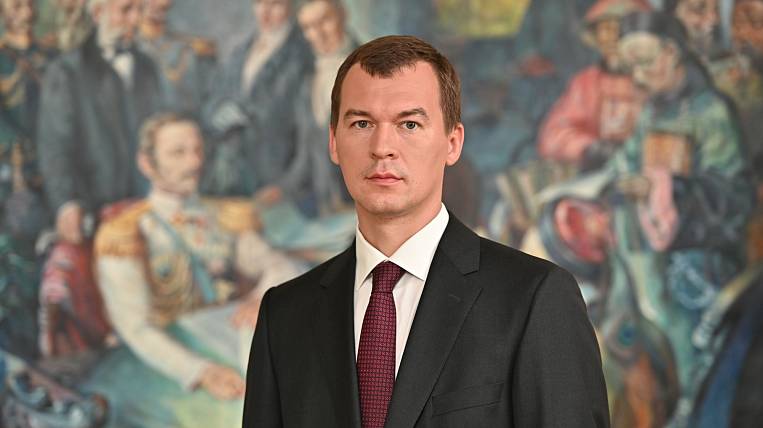 The ceremony of swearing in Mikhail Degtyarev took place in the Khabarovsk Regional Musical Theater. The head of the region accepted the sign of the region's highest official and received a certificate of the governor from the hands of the chairman of the election commission of the Khabarovsk Territory.

With a turnout of slightly less than 44%, 237 voters cast their votes for Mikhail Degtyarev - 818% of the total number of those who took part in the voting.
Tags: Khabarovsk Krai Degtyarev inauguration
October 28: current information on coronavirus in the Far East
Digest of regional events and latest statistics
Related News: