Igor Pushkarev convicted on 15 years of a strict regime colony 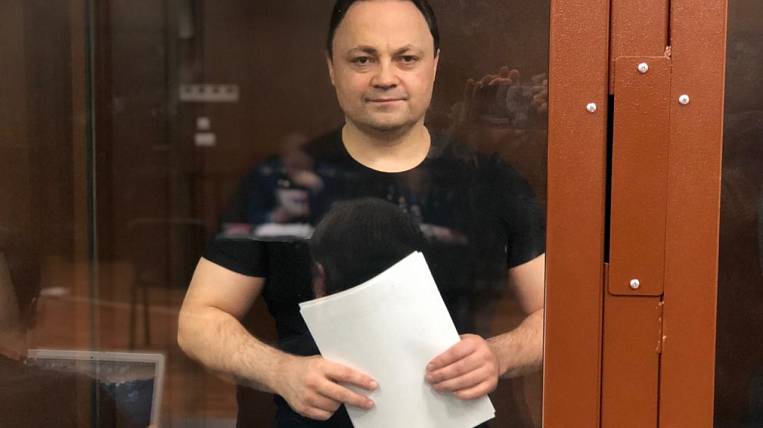 Photo: https://igor-pushkarev.com
On Tuesday, in the Tverskoy Court of Moscow, the verdict in the case of the ex-mayor of Vladivostok Igor Pushkarev was announced until late in the evening. The verdict turned out to be extremely harsh: 15 years in a maximum security penal colony, a ban on holding leading positions in the civil service for 10 years, a fine of 500 million rubles and compensation of the Vladivostok Roads Municipal Unitary Enterprise in the amount of 143 million rubles.

Igor Pushkarev's brother, Andrey Pushkarev, was sentenced to 8 years probation with a probation period of 5 years. He is obliged to pay a fine of 500 million rubles, he is prohibited from holding managerial positions in commercial structures for a period of three years. The suspended sentence was explained by the disability of Andrey Pushkarev.

The third participant in the trial, the former head of the Vladivostok Road Municipal Unitary Enterprise, Andrei Lushnikov, was sentenced to 10 years of strict regime, with a fine of 500 million rubles. He is also prohibited from holding leading positions in the civil service for a period of 10 years.

Igor Pushkarev was detained in June 2016. The media then noted the particular harshness applied during the arrest and transfer to Moscow.

The ex-mayor does not admit his guilt and insists on the political background of the process: according to him, the criminal case against him was inspired by the ex-governor of Primorsky Krai, Vladimir Miklushevsky. “It was quite obvious to me that I was being tried for not having committed some crimes,” Igor Pushkarev said in his last speech on March 1. “The investigation itself did not hide the fact that I ended up behind bars as a result of criticism of the former governor of Primorsky Krai The result of this criticism was a long-term political conflict between V.V. Miklushevsky and me, which reached its climax in April 2016, when I won the regional primaries, on the eve of the elections to the State Duma of the Federal Assembly of the Russian Federation and the Legislative meeting of the Primorsky Territory, which were to take place on September 18, 2016 ".

The plot of the charge is that in the period from 2008 to 2015, Igor Pushkarev distributed federal funds allocated for the development of Vladivostok's roads between companies controlled by him. The total amount of contracts is 1,2 billion rubles. At the same time, the court found it proven that the ex-mayor received bribes from the Vostokcement enterprise, which he owned. The total volume of bribes amounted to 75 million rubles, and most of them are payments by the company for goods and services intended for Igor Pushkarev.


As a result, as the investigation established, the close relatives of the mayor received dividends in the amount of 471,7 million rubles from the income of the Vostokcement group of companies, and MNP Vladivostok Roads suffered damage on 143,6 million rubles, as the company purchased building materials at a price higher than the cost products of other suppliers.

The defendants in the court categorically denied their guilt. After the announcement of the verdict, the lawyers of the convicts announced their intention to appeal.