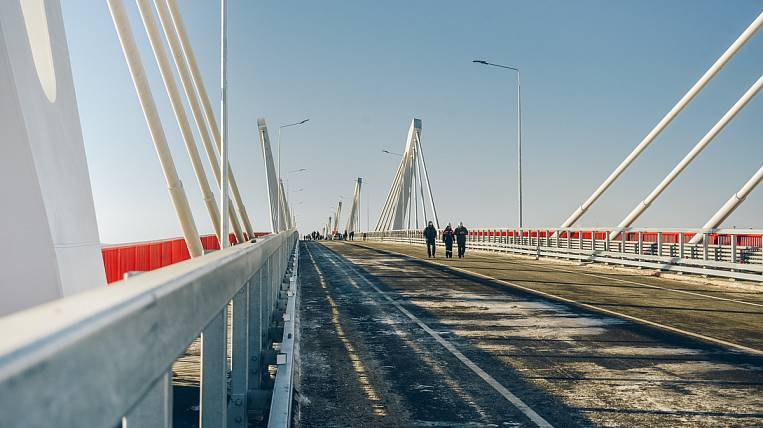 Freight traffic on the bridge across the Amur from Blagoveshchensk to the Chinese Heihe is scheduled to open in November. The projected annual flow of passengers across the bridge will be about three million people, cargo - about six million tons.

Earlier IAA EastRussia reported that the authorities of the Amur region have determined the cost of travel across the international bridge across the Amur from Blagoveshchensk to Heihe. The maximum board size will be 9 540 rubles one way... The return fare is set by China.

In May last year, a joint Russian-Chinese company received official permission from the Ministry of Construction and Housing and Utilities of Russia for commissioning border bridge across the Amur Blagoveshchensk - Heihe. Construction was carried out simultaneously from the Russian and Chinese sides, each erecting exactly half of the bridge over the Amur.

The bridge began to be built in 2016, docking occurred May 31, 2019. The main stages of the construction of the Russian part of the transition officially ended in late November 2019 year.