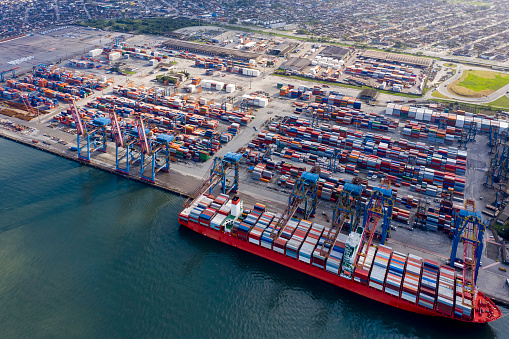 As IAA EastRussia was informed at the Presidential Embassy in the Far Eastern Federal District, Deputy Prime Minister Yuri Trutnev spoke about this during a meeting on the development of port infrastructure in the Khabarovsk Territory. There are 19 seaports in the Far East with a total capacity of 289,4 million tons per year.

As Trutnev noted, the Far Eastern ports are the key export gates of the Russian Federation to the countries of the Asia-Pacific region - it is necessary to ensure their uninterrupted functioning and timely modernization.

There are five seaports in the Khabarovsk Territory - Vanino, De-Kastri, Nikolaevsk-on-Amur, Sovetskaya Gavan and Okhotsk. Their cargo turnover for the first nine months of this year amounted to 37 million tons (103% over the same period last year).

The development of port infrastructure and attraction of investments is facilitated by the preferential treatment of the free port. In the Khabarovsk Territory, this regime operates in the Vaninsky and Sovetsko-Gavansky municipal districts. 22 enterprises have the status of residents of the free port. FPV residents are ready to invest more than 150 billion rubles in the development of the port infrastructure of the region, more than 41 billion rubles have already been invested.

Russian Railways continues to modernize BAM and Transsib, doubling the carrying capacity of the key section of the Baikal-Amur Mainline for the development of ports in the Khabarovsk Territory from Komsomolsk-Sortirovochny station to Vanino station.

As noted by Yuri Trutnev, however, today about 15 million tons of coal from the Far East is not exported due to problems with railway communication. Investors suffer losses due to the gap between the possible volume of traffic by rail and the possible shipment in ports.

“Problems arise in the synchronization of plans for the modernization of railways with the development of port facilities. According to Russian Railways, in 2023 the necessary carrying capacity will be provided so that the ports of the Khabarovsk Territory are fully loaded. Port facilities are currently not fully utilized. Russian Railways needs to speed up its work, ”the plenipotentiary stressed.

Yuri Trutnev instructed the Ministry for the Development of the Russian Far East and Russian Railways to analyze the implementation of agreements with investors in the Vanino-Sovetskogavansky transport hub on the issue of the completeness of the export of goods presented for transportation.