State Duma and Federation Council approved amendments to the Constitution 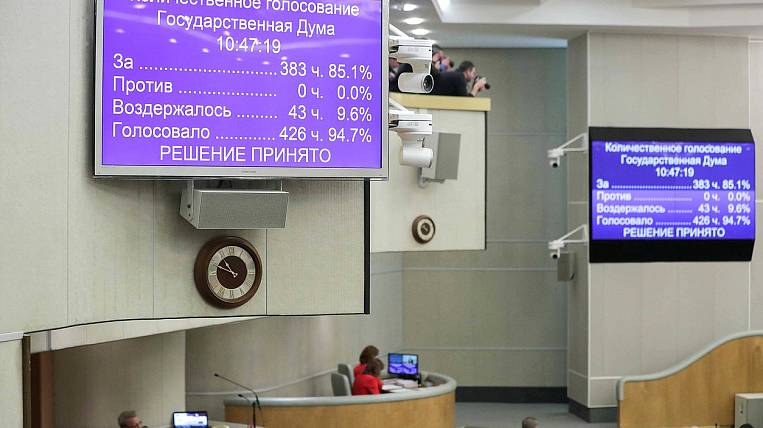 State Duma deputies adopted in the third, final reading the draft law on amendments to the Constitution. It has already been approved by the Federation Council.

By the adoption of the law in the second reading, 206 amendments were made to the draft. Included in it are the changes by which the current president will again be able to run in elections heads of state. Parliamentarians believe that this will bring more stability. This idea has already been approved by Vladimir Putin.

Federation Council Chairman Valentina Matvienko said that Putin’s proposed amendments to the Constitution are systemic in nature and affect virtually all spheres of the country's life. According to her, the most important changes relate to expanding the list of social obligations, and she called the amendments as historical in terms of changing the balance between the branches of government.

Now the law must be approved by at least 2/3 of the legislative assemblies of the regions. If the Constitutional Court gives its approval, a nationwide vote will take place 22 April 2020 year.

Amend the Constitution proposed Vladimir Putin He explained that change do not touch the fundamentals Constitution, and affect the procedure for the appointment of the Prime Minister, his deputies and federal ministers.