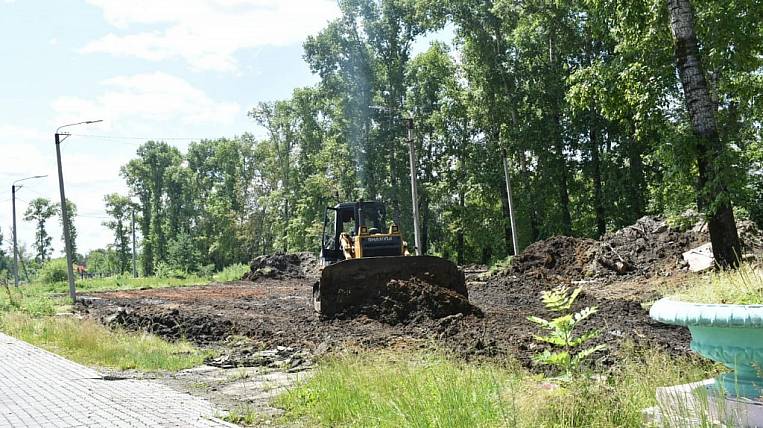 The city park in Raichikhinsk will be improved as part of the regional project “Formation of a comfortable urban environment”, which is part of the national project. This object for transformation during the rating vote was chosen by the residents themselves.

Builders are already dismantling the foundations of old rides. Instead, benches and a stage will appear in the park. They will also install a gazebo, arches, urns, update the paths - they will be laid with paving tiles.

This year, in the framework of the project “Formation of a comfortable urban environment”, three courtyards of apartment buildings will also be improved in Raichikhinsk. In one of them, the work has already been completed, in others, the courtyard entrances are paved, sidewalks and lighting are made on the facade. The implementation of the project in the city as a whole will require more than nine million rubles.

Last year, in the framework of the project "Formation of a comfortable urban environment" in Raichikhinsk, an area near the city fountain was landscaped. 6,9 million rubles were spent on the project. Another 4,3 million rubles went to the improvement of two yards.

Last year, in the Amur Region, within the framework of the Housing and Urban Environment national project, 42 yards and 13 parks and squares were improved. This year, 42 courtyards and ten public areas will be landscaped in the Amur region. The works will take place in Blagoveshchensk, Belogorsk, Zavitinsk, Zeya, Svobodny, Skovorodino, Tynda, Shimanovsk, Tsiolkovsky and the village of Progress.