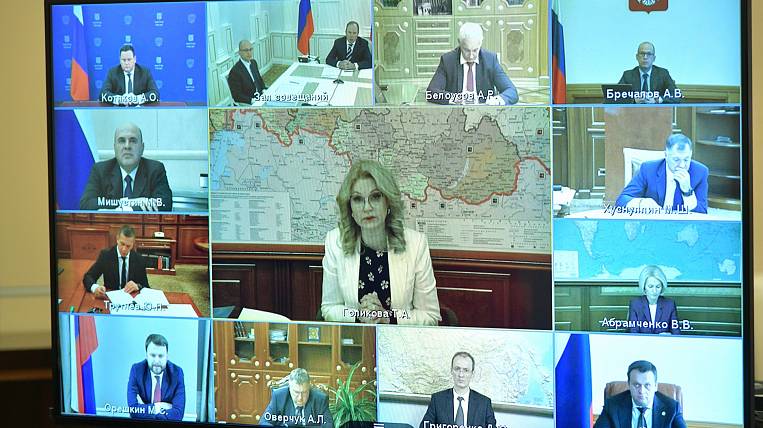 Deputy Prime Minister Tatyana Golikova asked Russian residents to refrain from traveling to other regions on non-working days. Weekends with pay will be introduced throughout the country from October 30 to November 7.

Golikova announced this in her speech at the presidential meeting with members of the government. She announced the measures to combat coronavirus, which are recommended to be introduced on non-working days and after November 7.

People can only be admitted to certain objects using QR codes, including for public events. Citizens over 60 years old, sick with chronic diseases, unvaccinated, she proposed to transfer to a remote mode of operation.

Golikova also believes that it is necessary to provide workers with two days off after vaccination, isolate people with a confirmed diagnosis or suspected coronavirus, and prohibit catering from 23:00 to 6:00.

She also announced the need to maintain a mask regime, social distance, and strengthen disinfection on all types of transport.