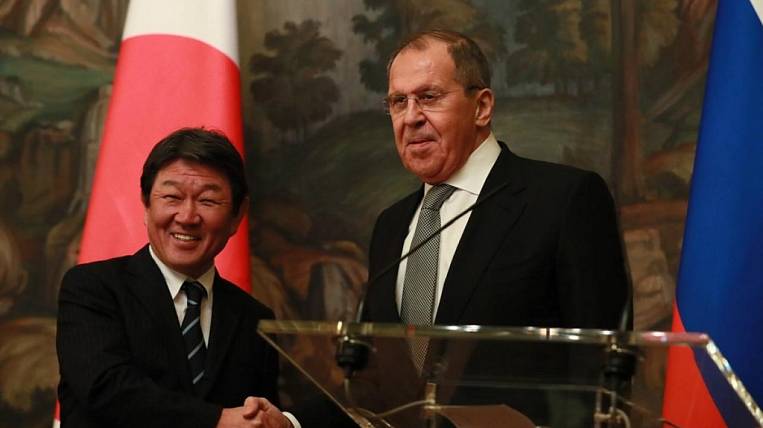 Russian Foreign Minister Sergei Lavrov discussed with his Japanese counterpart Toshimitsu Motegi the prospects for concluding a peace treaty. According to Lavrov, the discussion once again showed that there can only be one way in this direction - through bringing the relations between the two countries to a qualitatively new level and the comprehensive development of Russian-Japanese ties in all areas.

According to the Russian Foreign Minister, he and his colleague instructed their deputies, who oversee bilateral relations, to discuss in detail how approaches can be brought together. The parties also discussed the implementation of agreements on establishing joint economic activities in the South Kuril Islands and agreed to stimulate professional work in all areas: tourism, waste management, aquaculture, wind energy and greenhouse farming.

At a plenary meeting of the Fifth Eastern Economic Forum in September, Japanese Prime Minister Shinzo Abe stated that a peace treaty was necessary. rather conclude for future generations. He recalled that Japan claims the South Kuril Islands, citing a bilateral Treaty on Trade and Borders of 1855. In Russia, they point to the results of World War II, as a result of which the islands departed from the USSR.

Recently, the head of the opposition Communist Party of Japan, Kazuo Shi, said that Tokyo should demand from Russia in negotiations with Moscow entire Kuril archipelago. According to him, the islands are originally Japanese territory.