Head of Yakutia: Lensky bridge can be built in 2025 year 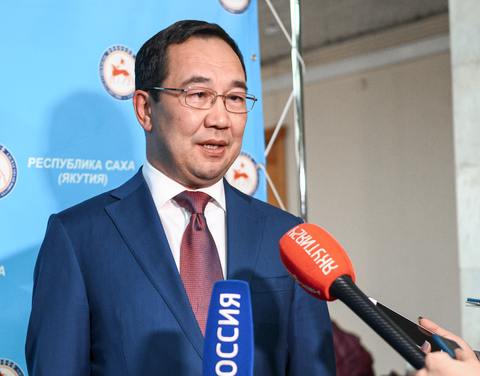 The head of Yakutia, Aisen Nikolaev, at a press conference following the results of the year, said he was counting on the stages of designing and passing the state examination of the Lensky Bridge project in 2020. According to him, with the proper organization of work, the transition with access roads will be built in 2025 year.

Aisen Nikolaev noted that the bridge will become an integral part of the Northern latitudinal railway, will connect the west of Yakutia with Magadan, and over the next 15 years it will go to Irkutsk. With the advent of the transition, the possibility of an automobile exit to the Sea of ​​Okhotsk and the Pacific Ocean will appear.

Construction of a bridge across the Lena entered the project national development programs of the Far East until the 2025 year. Aisen Nikolaev is confident in 100% payback expensive facility in the future. During a direct line, Russian President Vladimir Putin said that so far the payback of the bridge not visiblehowever later approved the project. Rosavtodor reviewed the project building a bridge over the Lena River in Yakutia and praised it.

The construction of the Lensky bridge is planned to begin near the village of Old Tabaga, which is located in 30 km above Yakutsk. According to preliminary calculations, the maximum amount toll payment the transition will be 2 018 rubles.