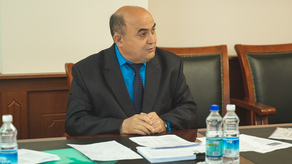 In the Kamchatka Territory, the head of the Ust-Bolsheretsky District, Konstantin Denikeev, resigned. Instead, his deputy Boris Kvitko will be in charge of the districts until the elections.

According to the press service of the government of Kamchatka, Denikeev resigned at his own request. At the same time, his powers ended on July 1, but it was not possible to elect the head of the district in the summer.

Now the first stage of the second round of elections is taking place, the new head of the district will have to be elected on November 8. Elections are held here not among voters, but among district deputies. Candidates submit documents, which are then selected by the commission.