The head of Primorye met with compatriots who arrived from Brazil 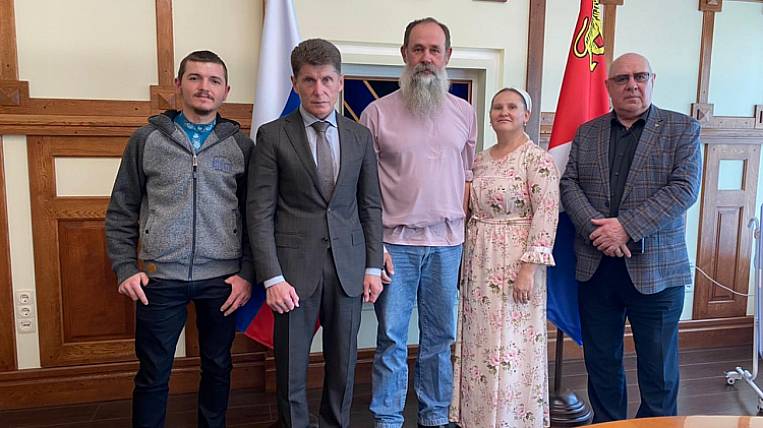 Governor of Primorsky Krai Oleg Kozhemyako met with compatriots who came from Brazil. Together with the Kalugin family, the head of the region discussed the issues of resettlement from abroad in Primorye.

According to the press service of the regional government, those who arrived temporarily settled in Vladivostok. They were helped to prepare the necessary package of documents for obtaining a temporary residence permit. According to Avraham Kalugin, his ancestors left Primorye for China after the Civil War, and in the late 50s they moved from there to Brazil. In Primorye, the settlers are going to engage in agriculture.

“We held a meeting with the heads of municipalities on the possibilities of providing land that is not used today. We will create support programs that will allow people to get equipment on lease and loans, ”the governor said.

Within a month, on behalf of Oleg Kozhemyako, the heads of municipalities will acquaint the settlers with promising areas for settlement and agriculture. More than 20 families of Old Believers have already moved to Primorye from Latin America, all settled in the countryside.

For today, about his intention to move to Primorye declared 57 families Old Believers from abroad, mainly from South America. All support measures are available to them within the framework of the state program for the resettlement of compatriots - compensation for part of the costs, allocation of land plots, soft loans for the purchase or leasing of agricultural machinery.