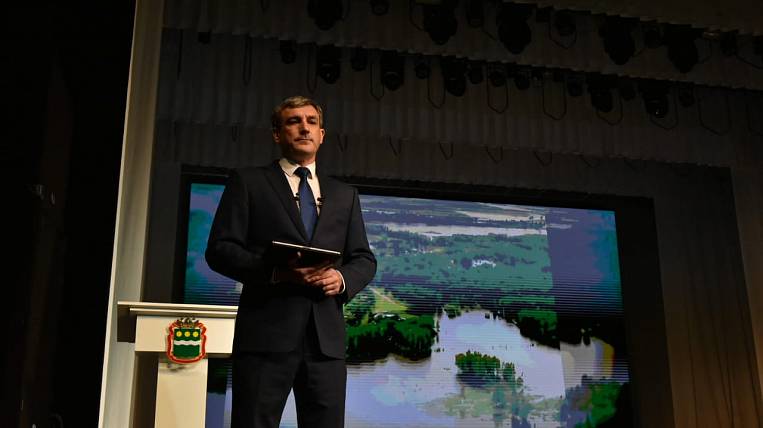 In 2019, the Amur Region for the first time took part in the implementation of national projects. The total amount of funds raised on them amounted to 7,3 billion rubles.

The project is being implemented to improve the quality of life, as well as for economic growth. Governor of Amur Region Vasily Orlov, speaking to the heads of executive authorities, large enterprises, municipalities, and representatives of the public, noted that the start of the implementation of national programs in the region was successful.

“We are already seeing the first results: new roads and kindergartens, new business opportunities,” said the head of the region.

In the Amur Region, several sports facilities were built as part of national projects, cultural institutions received support. On the national project "Education" this year, the second building of school No. 22 in Blagoveshchensk was commissioned in the region. Build a school on 528 places in the Free. A new kindergarten building at 120 places was also opened there. Three more such pre-school institutions will be completed before the end of the year in Blagoveshchensk, Belogorsk and Blagoveshchensk district. Also, the national project allowed the opening in the Amur Region of the Center for Advanced Training, the center for identifying and supporting talented children, Quantoriums, 26 centers for digital and humanitarian profiles “Growth Point”.

Within the framework of the national project “Healthcare”, they reequipped the regional vascular center in the region, purchased modern medical equipment for an oncology dispensary and children's clinics, repaired and re-equipped the hospital and clinic in Svobodny, and children's dentistry in Blagoveshchensk. Next year, seven children's polyclinics in Raychikhinsk, Tynda, Zeya, Konstantinovka, Svobodny and Blagoveshchensk will be repaired in the Amur Region, and 26 emergency medical centers will be replaced.