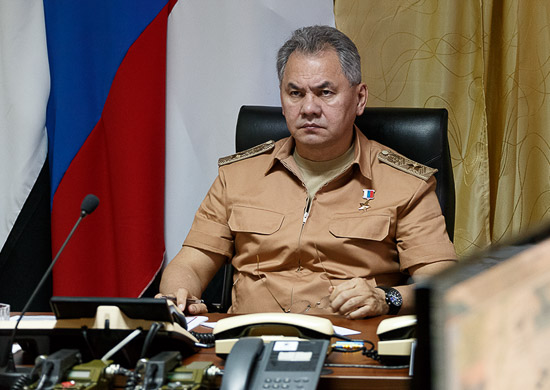 Russian Defense Minister Sergei Shoigu arrived in Komsomolsk-on-Amur. He will check the progress of the state defense order at enterprises in the city.

According to the TV channel “Star", The minister will visit the Amur shipyard and the Komsomolsk-on-Amur aircraft plant (KnAAZ) named after Gagarin. There he will inspect the progress of the construction of warships for the Navy and visit the KnAAZ workshop, where the Su-35S and Su-57 fighters are produced. They are being produced this year ahead of schedule, and by the end of the year the production of these aircraft will be put on stream.

About Shoigu's visit to the Khabarovsk Territory became known at the end of July. He plans to discuss the Eastern Military District's action plan for 2021. Previously, he visited the Kamchatka Territory, where examined the new medical center, which was built by the Ministry of Defense.

Pumps installed in Komsomolsk to protect against groundwater