60 samples from various burial grounds found during the FEFU cathedral and museum expeditions were sent to Harvard University for research. Scientists plan to establish the exact age of the remains, find out what the ancient people ate.

"Scientific research is carried out on the basis of an agreement concluded by the Educational and Scientific Museum (UM) of FEFU and the Harvard Medical School. In the course of a comprehensive analysis, a group of scientists from an American university plans to establish a more accurate age of the remains, find out what the ancient people who inhabited the territory of modern Primorye ate," and understand which of the living peoples are their closest descendants, "- said the representative of the university.

According to him, FEFU sent 60 samples for research to Harvard University. This is a sample of remains from different burial grounds found during cathedral and museum expeditions of the Far Eastern Federal University, as well as provided by the Institute of History, Archeology and Ethnography of the Far Eastern Branch of the Russian Academy of Sciences. FEFU handed over to the genetics laboratory samples from 6 to 1,5 thousand years old - finds from the Boisman-2 monument in the Khasansky district and Pospelov-1 on the Russky island.

"As the director of UNM Alexander Popov said, American scientists were the first to initiate cooperation with colleagues from FEFU. They were interested in a number of scientific publications by employees and teachers of the university in the field of archeology. The samples provided by FEFU are unique, they will serve as a fundamental study of the migration of populations of ancient people on the shores of the Pacific Ocean and the study of the human genome. In addition, this will make it possible to decipher in more detail the historical processes that took place on the territory of Primorye ", - said the representative of the FEFU.

FEFU scientists are sure that the result of this work will be a number of significant joint scientific publications and strong international ties. Now the samples sent to Harvard are already being analyzed in a multistage manner. They are studied for the radiocarbon composition, which will allow us to determine the exact age of the remains, analyze the DNA of the bones, so that scientists will recognize the paleodiet of ancient people and it will be possible to search for their closest descendants. The results of these studies are already waiting for the staff of the FEFU Educational and Scientific Museum in the coming months.

The agreement between the FEFU Teaching and Science Museum and Harvard University School of Medicine has no time limit. Scientists of the two universities plan to cooperate further - as the unique findings that allow them to study the history of world civilization enter the FEFU funds. 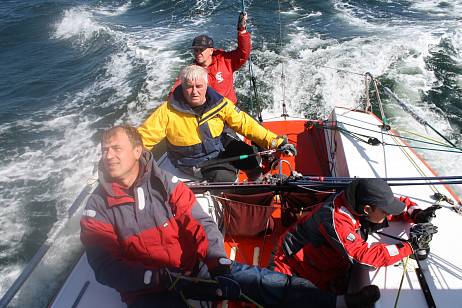