Another area in the Amur region received a car club 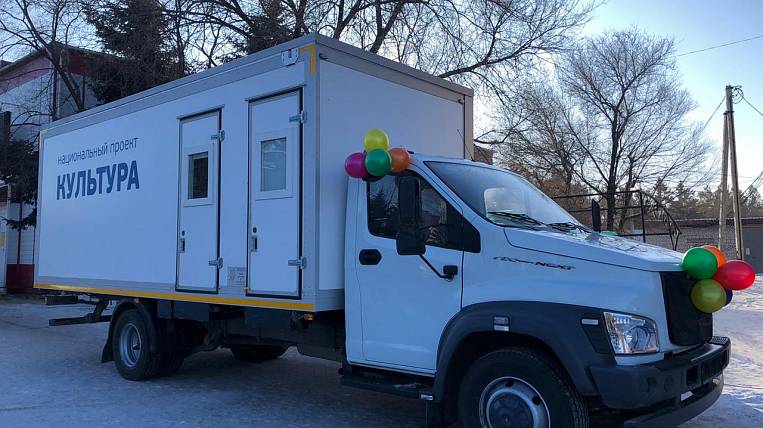 In the Ivanovo district of the Amur region, the recently received multifunctional cultural center was presented. It was bought for the municipality in the framework of the national project "Culture".

The auto club will allow holding various cultural events, campaigns, festivities, and organizing lectures and exhibitions in settlements where there are no ordinary cultural houses. The van body is transformed using a special folding system into the stage and dressing rooms for artists. It is equipped with audiovisual and lighting systems, power supply, lighting.

According to the Ministry of Culture of the Amur Region, EastRussia reported that this year six auto clubs were purchased in the region. Two of them are already working in the Tambov and Mikhailovsky districts, the third entered the Ivanovo district, two more should come to the Romnensky and Seryshevsky districts before the end of the year.

Each GAZon Next car club costs more than six million rubles; it allocates funding for the acquisition of multifunctional cultural centers from the federal, regional and district budgets within the framework of the national project "Culture". Next year, cultural groups will be able to rule on received auto clubs on tour.

In 2020, mobile cultural centers will go to five districts of the Amur region. The national project "Culture" is being implemented in the Amur region since this year. In total, in 2019, 73 million rubles were allocated for it.