News 05 2020 August
Khabarovsk Krai 14:59 The open hatch was in the way of the protesters in Khabarovsk
Khabarovsk Krai 14:30 Liberal Democratic Party scheduled a rally in support of Furgal
14:10 The electronic marketplace was created by the Far East Development Corporation


09:50 Only a third of the self-employed in Russia have savings
Khabarovsk Krai 09:29 Business in the Khabarovsk Territory will receive new tax incentives
Trans-Baikal Territory 09:21 Conscript's lawyers Shamsutdinov asked for a jury trial
Khabarovsk Krai 08:53 About 300 temporary jobs will be created in Khabarovsk
08:31 Increase discounts on utility bills for families are offered in Russia


Jewish Autonomous Region 08:13 The JAO budget will receive more than 170 million rubles from the Russian government
Khabarovsk Krai 08:00 More than 100 budget places have been added to universities of the Khabarovsk Territory
More news
Media News2 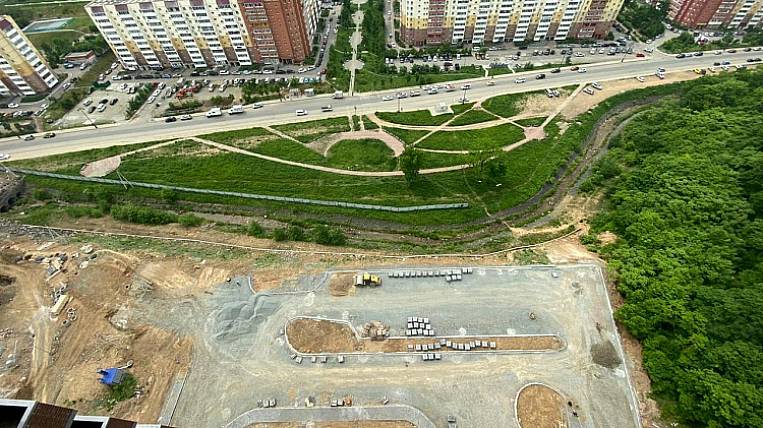 According to the press service of the Government of the Primorsky Territory, 230 families will soon move into the new house, 120 of which bought apartments under the state program “Housing for the Russian Family”. The house is fully completed according to the project of shared participation, the adjacent territory is landscaped, shrubs and trees are planted, a playground is installed and parking is organized.

The completion of the house was supported by the Fund for Support of Deceived Investors in the Primorsky Territory. The contractor - Profitex LLC - was selected during the tender; the readiness of the house at the time the work began was 68%. About 150 million rubles were allocated from the regional budget for the construction.

Just in the LCD "Snow Pad" waiting for apartments more than three thousand families. The work was carried out on 29 broken homes. After the complex was found to be problematic, the former director of Primorkraystroy was accused of receiving a bribe: he had to pay in advance the construction of the complex.