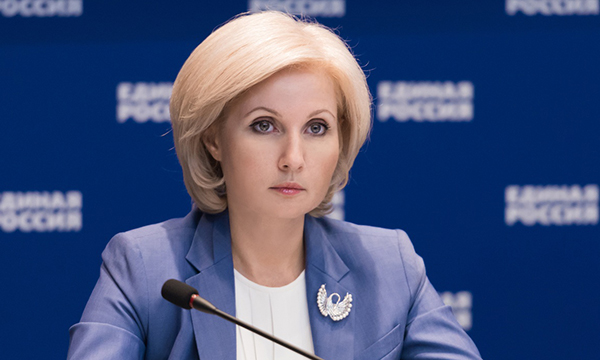 Deputy Secretary General of United Russia, State Duma deputy Olga Batalina said the party did not discuss the change of name and leader. They did not affect, according to her, the integration with the All-Russian Popular Front (ONF).

As Batalina said, the words of which are quoted TASS, United Russia does not intend to gather for an extraordinary congress, since there is no such thing in party documents. According to the charter of United Russia, a congress is held at least once a year. Data on the planned merger with the ONF and the change of party chairman was denied by Deputy Permanent Secretary General of the United Russia Party Sergey Perminov.

This week «Medusa» citing sources, she said that United Russia plans to hold a unification congress in the coming months to change the charter name and party management structure. According to the publication, the party plans to unite with the All-Russian Popular Front for the State Duma elections in 2021.