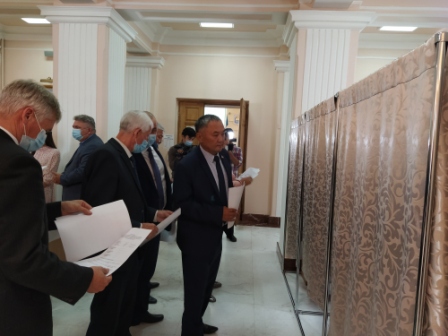 According to the press service of the People's Khural, Zhamso Gunzynov became the chief of staff. His candidacy was proposed by the chairman of the regional parliament, and the deputies supported unanimously.

Dmitry Shvetsov became the Chairman of the Committee on Land Issues, Agrarian Policy and the Consumer Market. During a secret ballot, 34 deputies voted for him

Arkady Tsybikov from the United Russia party became the chairman of the committee for interregional relations, national issues, youth policy, public and religious associations. 33 deputies cast their votes for him.