Traffic on Trubnoy lane in Khabarovsk will again become two-way 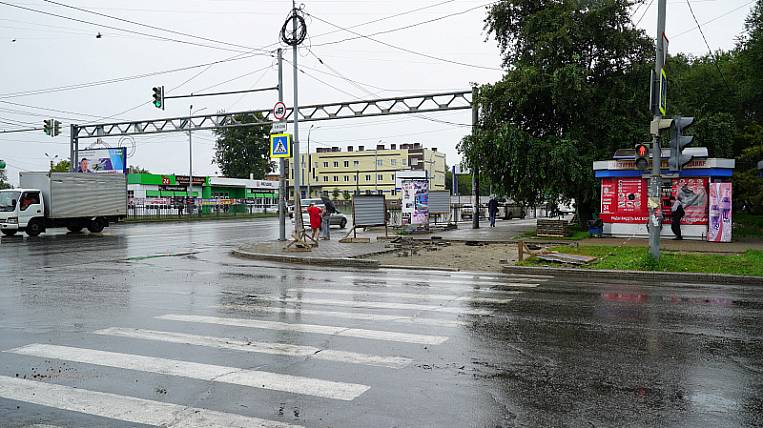 After 20 days, traffic along Trubnoy lane in Khabarovsk will again become two-way. This decision was made by the mayor of Khabarovsk Sergey Kravchuk following a meeting with residents of the district.

In May, the Khabarovsk citizens complained to the mayor that after the introduction of one-way traffic on Trubnoy, the neighboring Moldavsky lane turned into a carriageway: traffic became dense, traffic jams appeared during peak hours. Then Sergey Kravchuk promised to solve the problem.

According to Nikolai Zhirakov, the head of the city department of road management and external beautification, in the near future, experts will begin to set up road signs and additional traffic lights on Trubnoy lane, and mark them up. Two-way traffic will return to Trubny Lane no earlier than July 10. Most likely, this will happen on the weekend when traffic is less stressful.

According to the press service of the city administration, due to the return to the previous traffic pattern, it will be necessary to adjust the operating time of the green signal of traffic lights to a lesser extent. This will affect motorists who will travel to Volochaevskaya and Pionerskaya streets.

Traffic on Trubnoy Lane was made one-way in June 2018. A new procedure for the distribution of traffic flows was developed by road workers in conjunction with the traffic police and the Khabarovsk Center for Road Safety. They did this as part of the federal program "Safe and High-Quality Roads". Then one-way traffic was chosen to unload the traffic flow on Lieutenant Orlov Street and at the exit from it to Volochaevskaya Street.