Two cars with fishermen fell through the ice near Khabarovsk 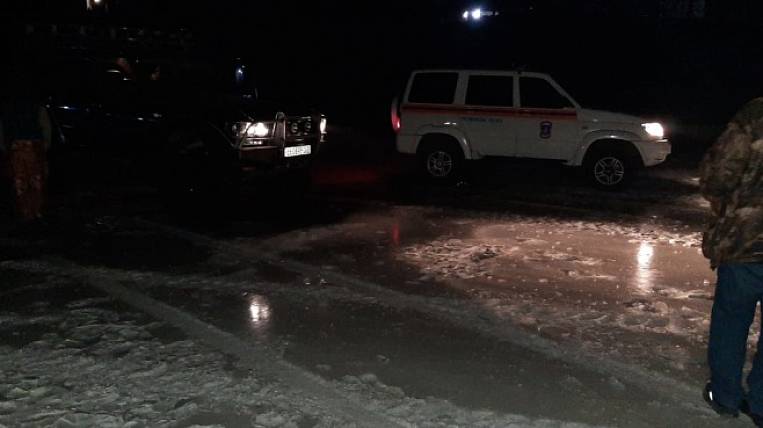 Two cars fell through the ice in the suburbs of Khabarovsk. Not everyone managed to escape.

On the evening of February 13, three cars were returning from fishing to the city. In the area of ​​the village of Voronezh-3, two cars fell into a wormwood when leaving for ice from the islands 50-70 meters from the coast. The UAZ Patriot was the first to go under the ice, the two men inside it, presumably, did not have time to leave the salon.

The Toyota Rush that followed him began to go under water, but its driver was able to get out and reach the shore. There was no one else in the car. According to the press service of the regional Directorate of the Ministry of Emergency Situations, the third car did not manage to be in the danger zone and returned to strong ice. Rescuers went to the scene, they warmed up the driver who got out of the car and handed him over to the ambulance team.

The Main Directorate of the Ministry of Emergency Situations notes that the employees of the State traffic inspectorate, the traffic police and the Fish Guards repeatedly carried out raids and warned citizens about the danger of leaving for an unauthorized crossing in the area. Moreover, this section is a water protection zone, movement by car there is an administrative offense.