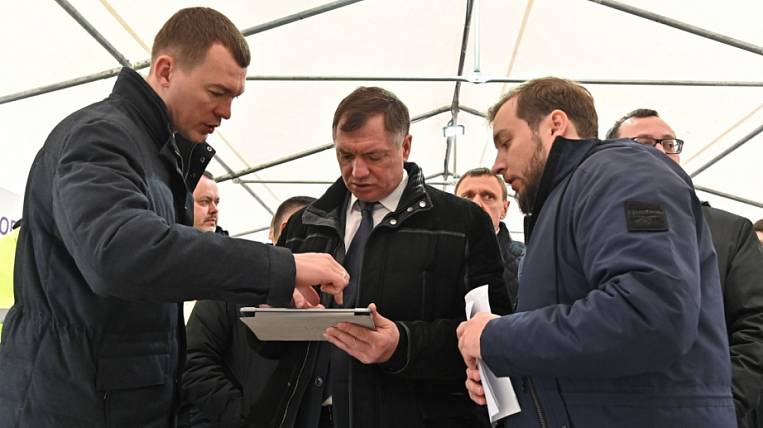 Russian Deputy Prime Ministers Dmitry Grigorenko and Marat Khusnullin are planning to arrive in the Far East. They will visit the Khabarovsk Territory and the Sakhalin Region. Their task is to check the execution of the orders of Prime Minister Mikhail Mishustin.

As EastRussia was told in the government's press service, this refers to the instructions that the prime minister gave during his working visit in July 2021. Special attention will be paid to social facilities. In the Khabarovsk Territory, it is a children's hospital complex. Its construction and equipping with equipment were instructed to include in the adopted budget of the region. On Sakhalin, they will examine the central regional hospital in the Kuril Islands. For her, they bought modern equipment, a tomograph and a mammography with funds from the reserve fund.

The work schedule also includes visits to industrial enterprises: the Sukhoi plant in Komsomolsk-on-Amur, the Amur shipyard, the airport in Yuzhno-Sakhalinsk and the Yasny RPK on Iturup Island.

Dmitry Grigorenko is also scheduled to meet with entrepreneurs on the implementation of projects in the Kuril Islands. And Marat Khusnullin will hold a meeting on the development of the Eastern range as part of the modernization of the BAM.