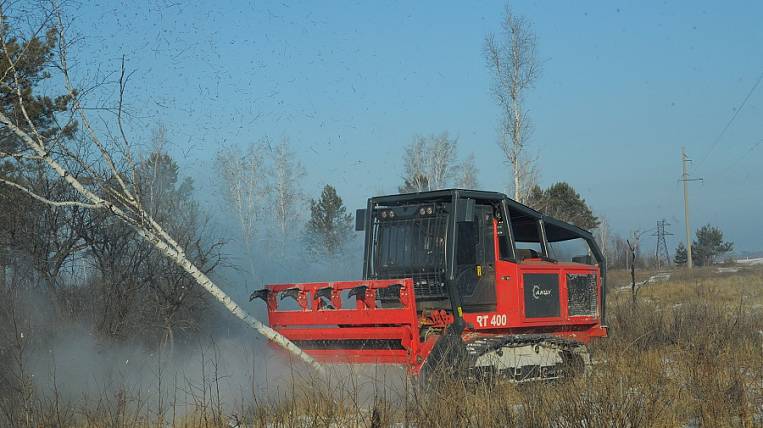 DRSK specialists are finishing preparations for the fire hazardous season. The main task of power engineers is to ensure a stable power supply and prevent accidents due to fires.

According to the press service of the DRSK, the fire hazardous season began in the Jewish Autonomy, the Khabarovsk and Primorsky Territories, and a special fire regime is in effect in the Amur Region. A number of measures to protect power facilities from fire were taken at the company's branches both in these regions and in South Yakutia.

Territories were plowed up around the substations, mineralized strips were placed along the perimeter of power facilities. Particular attention was paid to the expansion and clearing of clearings for PLHP from shrubs and tree growth. In total, more than 2021 thousand hectares were cleared under power lines in 1,3, which is 13% more than last year. The glades were expanded by 83 hectares, which is twice as much as in 2020. At the same time, in 2020, thanks to prevention, it was possible to reduce the number of accidents and emergency shutdowns due to fires by 18%.

Now power engineers are completing a survey of fire protection of territories, buildings and structures of power facilities. Also, the cleaning of the territories of substations, repair and production bases of outdoor switchgear (indoor switchgear), fire hazardous areas of high-voltage lines, as well as adjacent territories from debris, dry vegetation and other flammable materials is being completed.

Power engineers also conducted 97 firefighting drills and took part in 13 joint exercises with the fire brigade of the Emergencies Ministry.

Now the fire situation is assessed as stable in the territories under the responsibility of the DRSK. In addition to the preventive work done, weather conditions also contribute to this: heavy snowfalls this year have greatly moistened the soil.