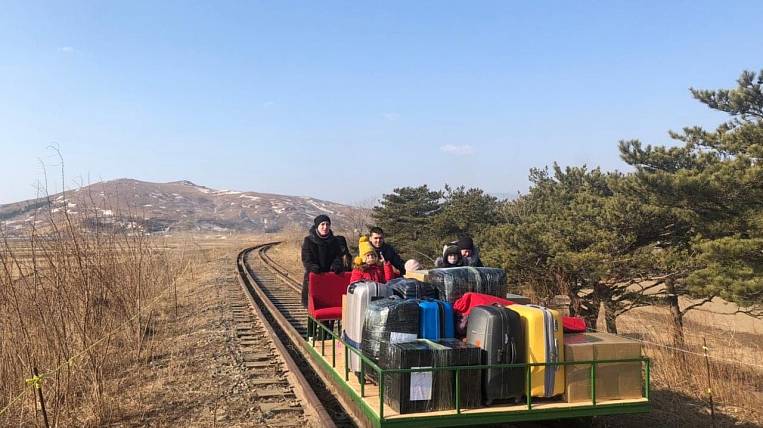 Russian diplomats, who returned from the DPRK by railcar, flew from Vladivostok to Moscow. They had to use exotic railway transport due to the fact that all other options for leaving the DPRK were blocked due to the pandemic.

As follows from a message posted on the Facebook account of the Russian Ministry of Foreign Affairs, for eight employees of the Russian Embassy in the DPRK and their family members to return home, there was no other choice but to use a railcar, which is not self-propelled.

The third secretary of the Embassy Vladislav Sorokin, who turned out to be the only man in the leaving group, had to control the manual drive of the improvised vehicle. Before reaching the crossing point - to the bridge over the Tumannaya River - all Russians had to travel a long way - 32 hours by local train, then another two by bus.

On the territory of the Russian Federation, fellow countrymen were met by border guards, representatives of the Ministry of Foreign Affairs and the administration of the Primorsky Territory. They were taken by bus to Vladivostok, from where they flew to Moscow.