News 21 September 2021
Kamchatka PM07:10 The submarine "Alexander Nevsky" was solemnly greeted in Kamchatka
PM06:30 The government plans to increase the share of refusals from abortions
Kamchatka PM06:00 Three sea checkpoints to be built in Kamchatka


PM03:00 Coronavirus in the Far East: information on the morning of September 21, 2021
Primorsky Krai PM02:35 Primorsky police and Interpol detain a swindler from China
20 September 2021
PM12:01 For the first time in 10 years, the price for one kg of buckwheat exceeded 100 rubles
PM11:32 Primorsky power engineers step up the fight against electricity theft
PM11:08 FESCO expands the fleet of refrigerated containers


Khabarovsk Krai PM09:05 The government will resign in the Khabarovsk Territory
The Republic of Sakha (Yakutia) PM08:45 Opponents in Yakutia are planning to appeal the victory of the Communist Party in the elections to the State Duma
More news
Media News2

Rains spoil the weekend in Primorye 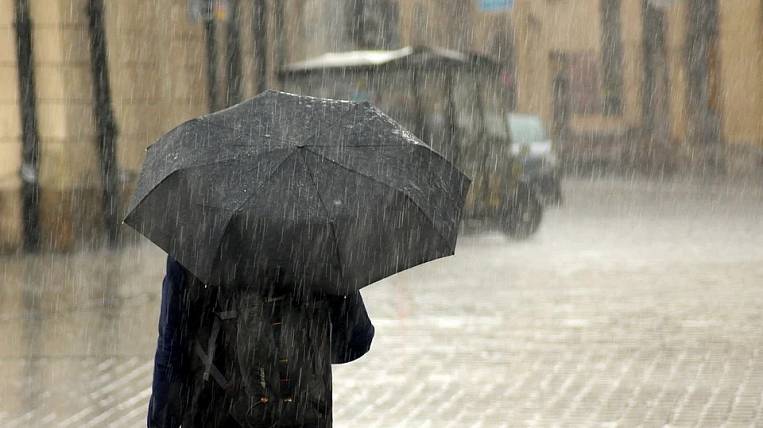 Weekend weather in the Primorsky Territory will be unstable. It will rain in almost the entire territory of the region, and air temperature will drop slightly.

According to the press service of Primhydromet, on the night of Saturday, June 20, the crest of the anticyclone will determine the weather without significant precipitation, but it will become colder up to +9 ... + 15 degrees. In the afternoon, atmospheric pressure will begin to fall, new frontal sections will come in from the west, because of which it will begin to rain in places, the air temperature will drop to + 18 ... + 25 degrees.

On Sunday night, the weather will get worse, it will rain in most of the region, in some areas it will be heavy, thunderstorms are possible. Rainfall will continue during the day, but it will not be so intense. The night temperature will rise slightly, and during the day it will become cooler by three to eight degrees.

There will be no good weather at the weekend and in Vladivostok. The capital of the region will be mostly cloudy and cool. Light rain is expected on Saturday evening, and on Sunday there will be more intense rainfall, colder up to + 10 ... + 14 degrees.