The rain flooded the museum and residential buildings on Sakhalin 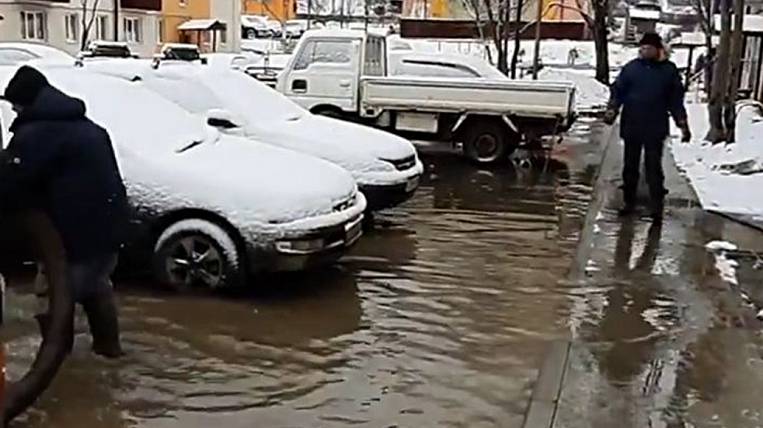 In the Uglegorsk region of Sakhalin, a museum and residential buildings were flooded due to rains and melting snow. Residents of Uglegorsk, Shakhtersk and a number of rural settlements of the region were affected.

As reported "Uglegorsk news", in the local history museum, the basements were flooded, water seeped to the floors of the first floor. The entrances to some houses in Olkhovka and Uglegorsk are flooded with water. A similar situation is in Shock, Bear and Krasnopolye.

The sewage trucks began pumping out water on the evening of April 13th. Now three cars and two loaders are working in the city center. Employees of the municipal department for civil defense and emergency situations travel around the settlements of the district. Flood management plans will be adjusted and supplemented throughout the day. The problem in residential areas is exacerbated by clogged stormwater drainage wells.