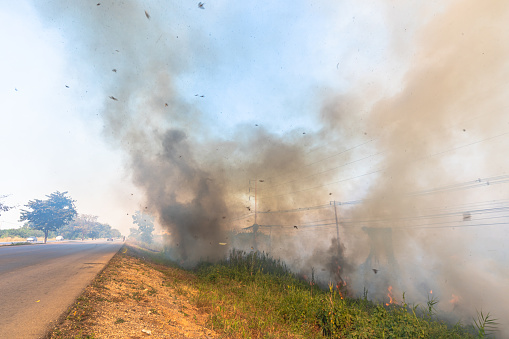 The Far Eastern regions next year will receive additional funding to combat forest fires and floods. The government will allocate almost 5,8 billion rubles for the protection of forests - 1,7 times more than this year.

This was announced by the plenipotentiary of the President of the Russian Federation in the Far Eastern Federal District Yuri Trutnev at a meeting of the district council. It was noted that 11 new hydraulic structures have been created in the Far East, which will provide protection against floods. The facilities were built in Chukotka, Magadan Region, Jewish Autonomous Region, Yakutia, Khabarovsk and Primorsky Territories. In total, the Far Eastern Federal District needs at least 58 such facilities. 21 billion rubles were allocated from the federal budget for the construction of 11,8 of them.

The Jewish Autonomy will be provided with 2,4 billion rubles to protect the villages of Leninskoye, Kukelevo, Dezhnevo, Dobroe, Kvashnino and Novoye. The Khabarovsk Territory will also receive additional funds to protect Komsomolsk-on-Amur.

Yuri Trutnev instructed the heads of the Far Eastern regions to take the situation under his personal control.