Additional money will be allocated by Angara for flood control 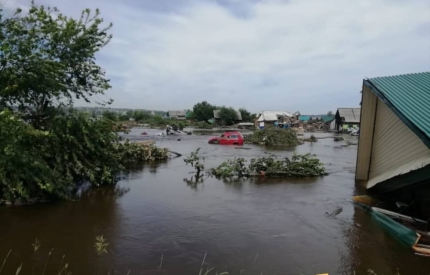 Photo: 38.mchs.gov.ru
About 1,8 billion rubles will be spent on flood management in the Irkutsk region. The money will be used to strengthen dams and shore protection in several areas.

Irkutsk region will provide funding for the restoration of flood-affected areas last year. According to the press service of the regional government, 1,358 billion rubles will be spent on the construction of dams, bank protection in Tulun, Nizhneudinsk and the village of Alyger.

Another 420 million rubles will be allocated for the resettlement of residents of three multi-storey buildings in Rabochiy Gorodok and Karbyshev Street in Tulun. Last year, water only affected the first floors, the residents were resettled, but Russian President Vladimir Putin ordered to resettle the entire high-rise building.

Program for flood management in the field developed by the end of the year. It is designed until 2022. In total, last year several settlements suffered from the flood, damage assessed 31 billion rubles. Earlier, the restoration of the Irkutsk region was directed about 40 billion rubles.