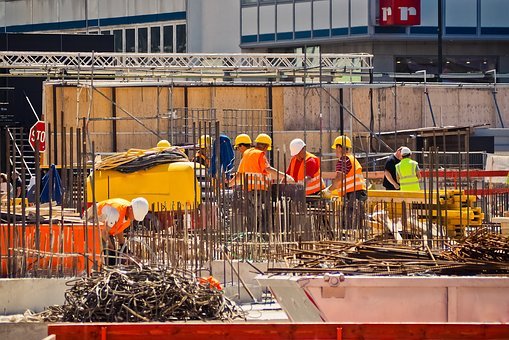 As the Primamedia, Levintal told about this at the meeting of the discussion club "Pacific Russia". He also criticized the quality of housing in the Far East, and its provision with utilities.

“At the same time, we continue to slip and lag behind the country. Today, the growth rate of housing construction in the Far East is very poor. There is such an index of the comfort of the urban environment. It is 159 points in the Far East. In Russia on average - 177 points! And here we are lagging behind Russian indicators. Of course, with such indicators, it is extremely difficult to talk about securing the population, and also about attracting additional for the promising tasks of economic development, ”he added.

“Housing has not become much more affordable. We fueled demand, but we didn’t give the offer. Therefore, now we are working on how to increase the volume of housing and reduce the cost of construction, ”he said.

Also, the creation of road, engineering and social infrastructure can lead to an improvement in the situation on the housing market. DOM.RF is the operator of the infrastructure bonds project.

“We are launching a number of projects in the Far East: on Sakhalin, in Khabarovsk, in Primorye, in the Magadan region. Projects that will allow to start building the necessary infrastructure with cheap money. Accordingly, sq. meter will be much cheaper to build, because the infrastructure currently takes up to 30% of the cost of housing, "- said Levintal.

Today, DOM.RF is considering about 50 housing projects worth more than one trillion rubles. The projects will be financed by a specialized project finance company established at DOM.RF. The funds will come from the placement of bonds and will be issued for the construction of infrastructure for a period of up to 15 years at a preferential rate, which is provided by a subsidy from the federal budget.

Alexander Levintal also spoke about the rental of housing as a new mechanism that DOM.RF is deploying in Sakhalin, in the Khabarovsk Territory and in a number of other territories.

“There is an idea of ​​even providing, in the possible future, a Far Eastern lease with partial subsidies, like a mortgage. So that we can provide citizens who cannot take out a mortgage. And there are a lot of such citizens - up to 40%, ”he said.

Earlier, the ex-minister of construction, industry and transport of the Khabarovsk Territory, advisor to the director of LLC SZ Housing Construction Fund, Konstantin Pepelyaev, in an interview with EastRussia said that since the middle of last year, increased demand has devastated the secondary market.

“Prices in the secondary market have soared that now they are almost equal to the prices for new buildings. And in order to cool the market overheated by unsecured demand, it is necessary to build today. We need to build a lot, we need to build quickly, and therefore I would call the situation a positive expectation of new opportunities, ”he said.

According to him, in the Khabarovsk Territory, the weighted average price per square meter. meter is 105-110 thousand rubles. Read more about the prospects for the housing construction market in EastRussia material.