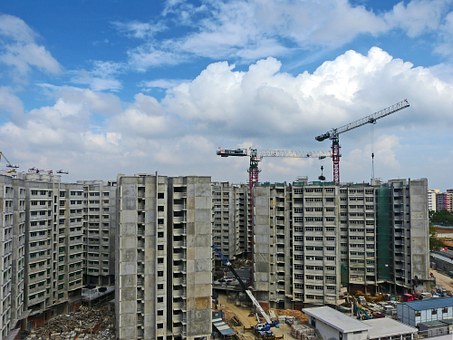 The volume of housing construction in Russia will increase to 120 million square meters per year. The head of state decided to reach such an indicator by 2030.

The instruction was given by the President within the framework of the national goal "Comfortable and safe environment for life", contained in the decree "On the national development goals of the country" signed on July 21.

Also, the decree says about the need to improve the living conditions of at least five million families annually. It is planned to improve the indicator of the quality of the urban environment by one and a half times and to bring the volume of the road network in large cities up to 85%.

The list of instructions includes ensuring 100% sorting of municipal solid waste and reducing the volume of waste at landfills by half. It is necessary to halve the emissions of hazardous pollutants. In addition, the decree states the ecological improvement of Lake Baikal and Teletskoye, as well as the Volga River.

The regions of the Far East were in outsiders in the rating for housing commissioning... The worst indicators are in Chukotka and the Magadan region.

According ecology of Baikal will be followed by a unique vessel. The multifunctional ecological vessel named after Hero of the Soviet Union Georgy Moskalev will be commissioned in Buryatia.

At the beginning of the year it was reported that in the Khabarovsk Territory they started to design three new garbage sorting complexes... In July, the second waste sorting complex was opened in the Dalnerechensky district Primorye Territory... Its capacity will be ten tons of waste per year when working in one shift. Waste sorting complex "BlagEko" in the Amur Region in August it will be transferred to regional ownership.

Charter flights to Buryatia will open this winter

Scientists have called the final conclusions about ocean pollution in Kamchatka