Disinfection of the airport and passenger buses carried out on Sakhalin 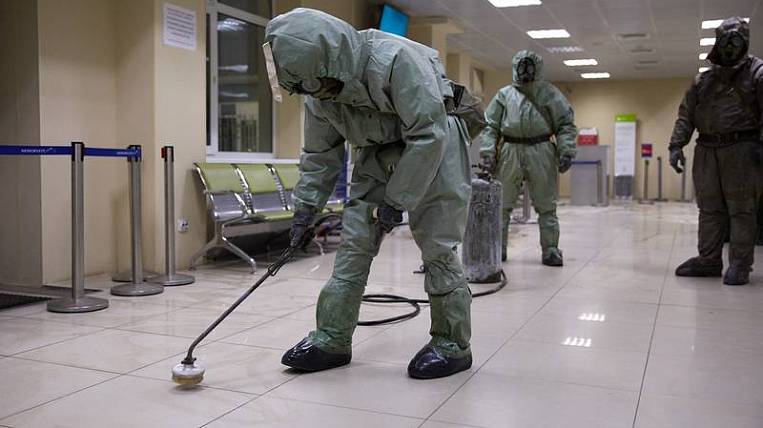 In the Sakhalin Region, the airport and passenger buses were disinfected. The work was carried out by troops of the radiation, chemical and biological defense of the 68th Army Corps.

According to the press service of the governor, a special solution with calcium hypochlorite was used for disinfection. Late in the evening, in the absence of people, they treated the territory of the parking lot and access roads to the airport terminal, as well as all the internal premises.

Prevention was also carried out on the territory of MUP Transportnaya Kompaniya, which provides buses for transporting passengers arriving from abroad. With special care at the airport check not only this category of passengers, but also those who arrive on the island from Russian regions. Since March 31, a self-isolation regime has been in force in the region for the entire population. five cases identified coronavirus infection.