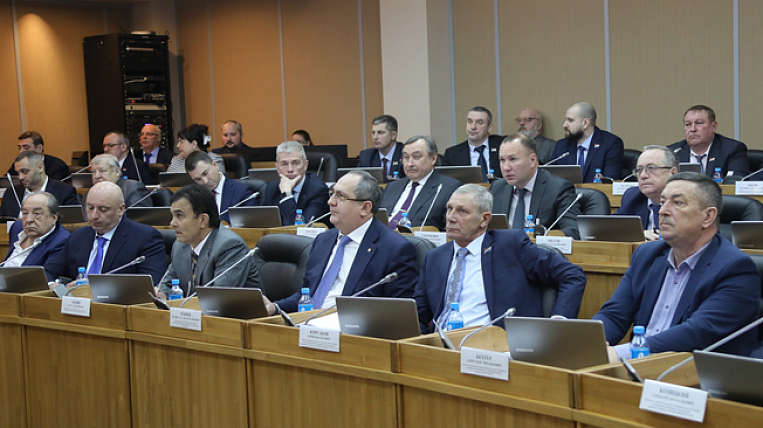 Deputies held extraordinary meetings in several regions of the Far East, the main issue of which was the vote for amendments to the Constitution proposed by the president. Nowhere were parliamentarians opposed.

In the Legislative Assembly of the Amur Region, the amendments were supported by the majority of the deputies, there was not a single vote against. In the Magadan Regional Duma, a majority of votes also supported the changes - the factions "United Russia", the LDPR and "Fair Russia" voted in favor, only the Communist Party abstained. The amendments were also approved by deputies in Primorye.

In Transbaikalia, deputies of the committee on state policy and local self-government recommended that the Legislative Assembly approve the law on amendments to the Constitution. The deputies must make the final decision today. For approval, at least 26 deputies must say “for”. In the remaining regions of the Far East, parliamentarians should decide soon.

On the eve of the law on amendments to the Constitution approved in State Duma and Federation Council. Now it must be approved by at least 2/3 of the legislative assemblies of the regions. If the Constitutional Court gives its approval, an all-Russian vote will take place on April 22, 2020. Changes that proposed Vladimir Putin do not touch the fundamentals Constitution.