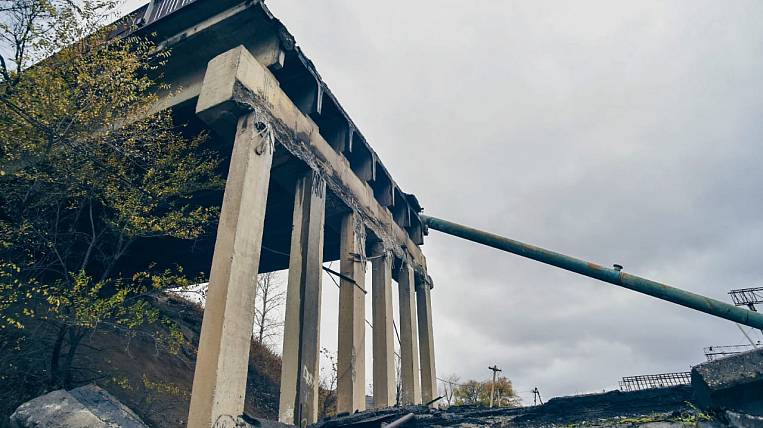 Rosavtodor will allocate funding from the federal budget for the reconstruction of the overpass in the city of Svobodny. The agency signed an agreement on this with the government of the Amur Region.

The region will receive money as part of the Transport System Development program. As EastRussia was told in the regional ministry of transport and construction, the exact amount is still unknown, it will be specified after the reconstruction project is approved by Glavgosexpertiza. Tentatively this should happen in early March. The place and length of the overpass will remain the same, but its layout will change.

Collapsed in October 2018 years an automobile overpass in Svobodny connected the out-of-town part of the city with the central one and was located at the intersection of Mikhailo-Chesnokovskaya streets with a railway track of 7 km. It was decided not to rebuild the emergency building, but to rebuild it, so the overpass was dismantled, and transport was allowed along alternative route.

Ready to begin reconstruction in Svobodny already this road season. In May, the regional Ministry of Transport is planning to conclude a contract for the implementation of construction and installation works and proceed with them. Reconstruction should be completed at the end of 2021.