Degtyarev announced the requests of Khabarovsk residents to stop rallies 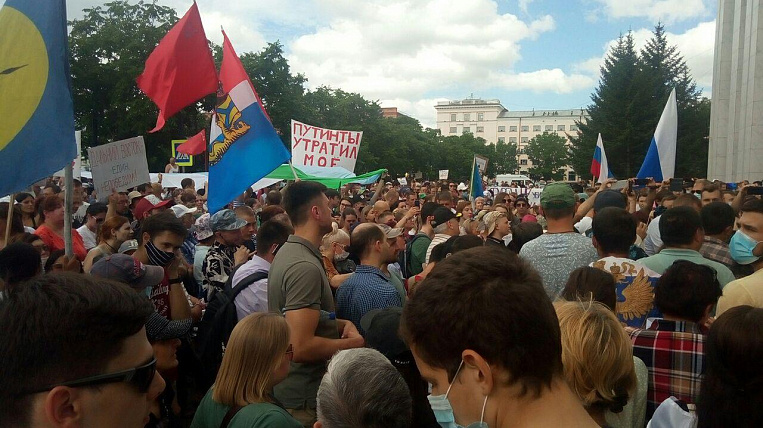 Acting Governor of the Khabarovsk Territory Mikhail Degtyarev said that residents of Khabarovsk are asking him to stop rallies in support of Sergei Furgal. According to him, there are many citizens dissatisfied with the actions in the city.

He announced this on the air of the radio station Vesti FM... Degtyarev added that 20-30 people gather on the square every day and several cars honk. In his opinion, he, like the residents of the region, was shocked by the arrest of the ex-governor, but "these signals, rallies are annoying."

Degtyarev also noted the correct preventive work carried out in the city by law enforcement agencies. Earlier it became known that for seven days arrested a protester blogger Alexei Romanov. Detentions and arrests are taking place in other cities, where rallies in support of Furgal are held. Arrested in Khabarovsk for eight days the driver of the "wagonmobile", in Vladivostok, a local resident received seven days... And in Moscow, the organizer of the rally, the coordinator of the Left Front, was arrested Sergey Udaltsov... He received ten days of administrative arrest.

For almost a month, the protesters go out to protest actions on the main city square in Khabarovsk every day. The 27th protest action took place today. The protesters said that will continue promotions until they get a result... On the evening of July 27, to a column of protesters marching along the central streets of the city, the musician joined and, more recently, journalist Sergei Shnurov. He filmed in Khabarovsk film about rallies in support of Furgal.