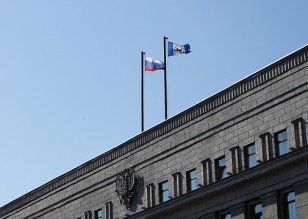 Photo: irkobl.ru
In the Irkutsk region, they are preparing for early voting on amendments to the Constitution. It will be held June 17 in remote areas of the region.

According to the press service of the regional government, the first batch of billions has already been sent to Bodaibo, Zhigalovsky, Kirensky, Kazachinsko-Lensky, Katangsky, Kachugsky, Nizhneudinsky and other areas with hard-to-reach areas. In total, 1 861 205 forms for voting will be printed in the region.

Earlier it was reported that the main stage will be held from June 25 to July 1. On sites will observe safety measures. Members of election commissions, as well as voters will be provided with personal protective equipment.