The Far East received a lot of protective equipment for doctors 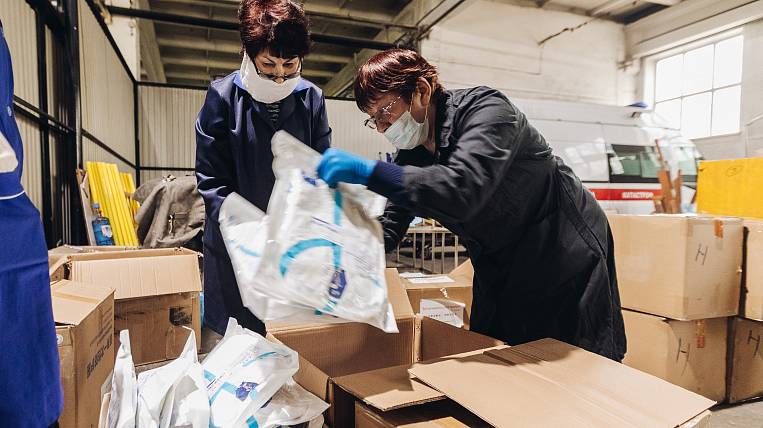 Photo: minvr.ru
The first consignments of additional personal protective equipment for doctors were received by the Trans-Baikal Territory, Buryatia, Yakutia, the Jewish Autonomous Region, Khabarovsk Territory. In the coming days, the funds will go to the Kamchatka Territory and to Chukotka.

Additional medical equipment for the Far East is being purchased to combat the spread of coronavirus infection, assistance is being sent by the Russian government, federal ministries and departments. On Monday, May 4, 1,5 thousand additional sets of personal protective equipment for doctors arrived in the Khabarovsk Territory, during May the region will receive 43,5 thousand respirators, 18,8 thousand goggles, 30,2 thousand medical gloves, 15,1 thousand protective overalls.

According to the press service of the Embassy in the Far Eastern Federal District, the first batch for Chukotka will be 420 pieces. additional sets of personal protective equipment for doctors, in total until the end of May. Prior to that, deliveries were made to Transbaikalia, Buryatia, Yakutia and the Jewish Autonomous Region. A total of 100 protective overalls, 108 goggles, 200 respirators, and 200 medical gloves will be delivered to the Far Eastern regions.
Tags: coronavirus medical facilities Far East
September 28: current information on coronavirus in the Far East
Digest of regional events and latest statistics
Related News: