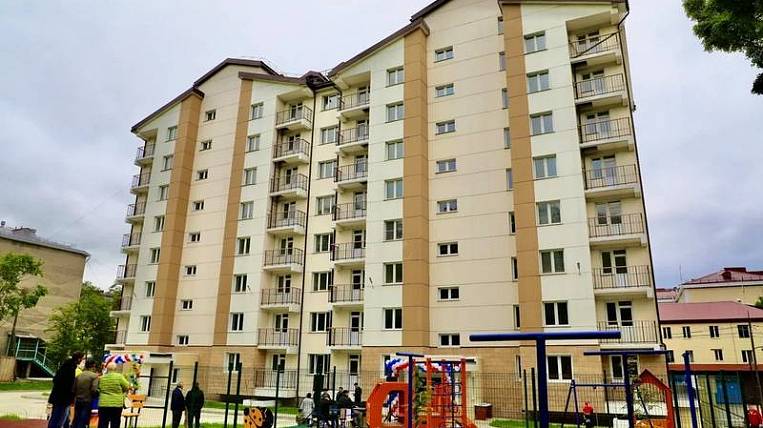 Customers of VTB in the Far Eastern Federal District issued mortgages for 11 billion rubles in 52 months, which is 18% higher than the result of the same period last year. In the country as a whole, the bank issued mortgage loans for this period of one trillion rubles.

According to VTB, Russian borrowers issued RUB 11 trillion in mortgages in 5,1 months of this year - this is a third more than the result for the same period in 2020. In December, the volume of sales on the market may amount to another RUB 500 billion - despite the growth in the key rate and the reaction of the largest players.

In November, the demand for mortgages at VTB reached its maximum: in one month, sales exceeded 130 billion rubles, which became a record, even surpassing the June peak on the eve of the completion of the previous conditions of the state program. In the Far East in November in the form of loans for the purchase of housing, the bank issued 5 billion rubles.

“This year on the Russian mortgage market is historic. Even before December, sales exceeded the landmark mark of 5 trillion rubles for the first time. VTB's borrowers were among the most active: we issued every fifth loan on the market, and the total volume of our transactions exceeded a trillion rubles for the first time, ”said Anatoly Pechatnikov, Deputy President and Chairman of the VTB Management Board, at the Russia Calling! VTB Capital Investment Forum. - The end of the year in the real estate market is traditionally characterized by increased demand, and the result of this November was additionally influenced by the stabilization of prices in the housing market and the expectations of borrowers to increase the cost of mortgages. As a result, our sales for the last month showed an increase of one third compared to November last year. "

The Deputy Chairman of VTB added that in 2022, despite the projected growth in the key rate and, as a result, the cost of loans, the demand for mortgages will remain steadily high. The main factors that will support consumer activity will be preferential programs, the conditions for which are now much more favorable than the average market rate.

According to the forecasts of the company "Square Meter" (part of the VTB Group), at the moment there are no preconditions for the rise in housing prices at the same rate as in late 2020 - early 2021. In 2022, VTB analysts expect the trend to continue to stabilize the general price level. At the same time, M2 does not exclude from attention the inflationary component and the growth of construction costs, which will prevent prices from decreasing systematically.