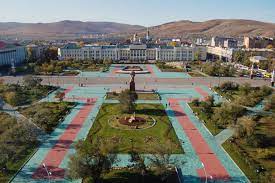 The capital of the Trans-Baikal Territory, Chita, has become one of the priority territories for gasification. This decision was made due to the highly polluted air.

According to "Chita.ru”, Priority gasification was announced for the cities included in the federal project“ Clean Air ”. Among them there are 12 settlements, most of which are in central Russia and Siberia. Chita became the only Far Eastern city included in the list.

In these territories, the Ministry of Natural Resources is in favor of accelerated gasification, the minister asked to give a corresponding order to Gazprom. According to the Clean Air project, the amount of harmful emissions into the atmosphere should decrease by 2% compared to 2017. The government of Transbaikalia also approved regional gasification program until 2025.